Our proverb for the day takes on a political nature as King Solomon teaches his son the shadow of influence godly and ungodly leaders cast across a nation. Proverbs 28:2 sets forth two principles Americans would be wise to hear and to heed when they vote for men and women who aspire to political office.

Proverbs 28:2 – “For the transgression [sin; rebellion; guilt] of a land [country] many [many; much] are the princes [chief; commander; rulers] thereof: but by a man of understanding [discernment] and knowledge [by observation and experience] the state [rightness; well-being; preparation] thereof [the land] shall be prolonged [lengthened].”

Solomon’s political parable reveals one of the afflictions of a rebellious nation—many leaders! The implication is that a country, which turns its back on God, will be weak and divided by its leaders.  An obvious illustration of a divided nation is civil war; however, the party rhetoric of our day portends to the same rift without taking up arms.

The vitriolic, venomous speeches of our leaders reflect the sins of a divided nation. 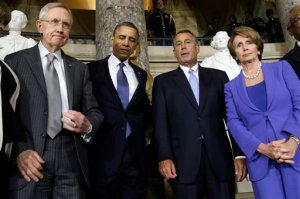 We are a nation of many leaders, few of whom in my opinion desire to put our nation on a righteous course.  America’s leaders have distorted life, liberty and the pursuit of happiness by systematically taking the lives of nearly 56 million unborn and attacking the sanctity of marriage and family with a deluded definition of equal rights in the name of diversity. Indeed, too many evil leaders rule a rebellious sinful nation!

The second lesson in our parable is a reminder that godly leaders, leaders with wisdom, insight and discernment are a blessing to a nation.  It is the character of the leader, not the office he holds, that defines this leader.  His integrity and dependence on God imparts to the nation stability and security that prolongs the nation’s life and prosperity.

America is a nation in decline. If you wonder why we have lost our role as the world’s leader and force for good—you need look no further than the character of the men and women we have elected to office. A nation’s leaders are indicative of that nation’s character as a people—they are who we are! 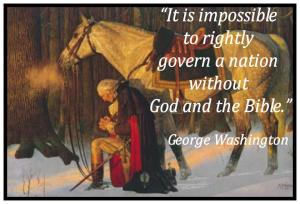 I do not want to leave you feeling hopeless and wrestling with despair. There is something you and I can and must do—Pray for our nation and our leaders.

1 Timothy 2:1-2 – “I exhort therefore, that, first of all, supplications, prayers, intercessions, and giving of thanks, be made for all men; 2  For kings, and for all that are in authority; that we may lead a quiet and peaceable life in all godliness and honesty.”