In an earlier devotion from Proverbs 6 I focused on three of the seven sins God regards as abominations.  For the sake of context I will review Proverbs 6:16-17.

Proverbs 6:16-17 – “These six things doth the LORD hate: yea, seven are an abomination unto him: 17  A proud look, a lying tongue, and hands that shed innocent blood,”

The first in the list of seven things God hates is pride.  A proud, haughty spirit is the root sin of all sin.

“A lying tongue” is the second abomination (6:17b).  Of course, lies, deceit and partial truths all fall under the definition of “a lying tongue”.

The third abomination is “hands that shed innocent blood” (6:17c).  The Bible clearly states that God has given human government the authority for carrying out Capital Punishment as an act of justice for those who commit murder (Genesis 9:6; Numbers 35:16, 31).   Being reminded that God is omniscient and looks upon the heart of man (1 Samuel 16:7), the Apostle John equated hatred in the same vein as murder (1 John 3:15).

For today’s devotion we will focus on the balance of the seven sins God hates (Proverbs 6:18-19).

Proverbs 6:18-19 – “An heart that deviseth wicked imaginations, feet that be swift in running to mischief, 19  A false witness that speaketh lies, and he that soweth discord among brethren.”

God hates the heart that is driven in its pursuit of “wicked imaginations” (6:18a).  From whence comes this inclination to plot and pursue sin?  In His Sermon on the Mount, Christ identified the heart of man as the source of his sinful bent. 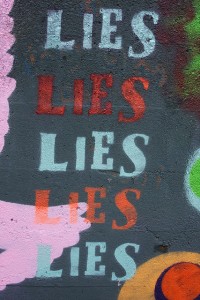 Not only does God hate the heart that plots wickedness, He hates the purpose and intent of those who run to commit evil.  The prophet Isaiah identified that evil spirit within the heart of man:

Isaiah 59:7 – “Their feet run to evil, and they make haste to shed innocent blood: their thoughts are thoughts of iniquity; wasting and destruction are in their paths.”

“A false witness that speaketh lies” is the sixth sin that is an abomination to God (6:19).  We have already noted that God hates “a lying tongue” and here we read He specifically hates a “false witness”—one who misrepresents the truth or swears to tell the truth, only to purpose to perjure himself in a legal document or proceeding.

It could be argued that the last of the seven sins God hates hits close to home for us all—“…he that soweth discord among brethren” (6:19b).

A divisive spirit, though often subtle, is expressed in a disgruntled, griping, critical and complaining spirit.  The discord and trouble it causes among families, friendships and churches is tragic.  Solomon states in a later proverb:

Too many Christians are disseminators of gossip and provocateurs of criticism.  They destroy friendships, divide families and split churches–giving little thought to the reality–God hates those who sow discord among His people! 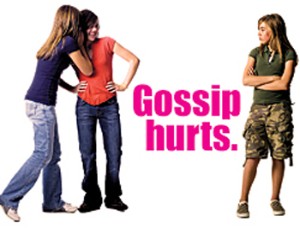 Let’s be honest–too many reading today’s devotion are bearers of a self-righteous, judgmental spirit.  They refuse to address the beam [in this instance, a proud, unloving spirit] in their own eye while attempting to pull a speck out of another’s eye (Matthew 7:1-5).  I beg you, take the blinders off and look in the mirror—God hates your sin and numbers it with pride, lying and murder!

Writing to Timothy who was the pastor of the 1st century church in Ephesus, Paul writes:

2 Timothy 2:23 – “But foolish and unlearned [ignorant] questions [and controversies] avoid [refuse], knowing that they do gender [bring about] strifes [fighting; conflict].”

Paul challenged Timothy to warn the Christians under his care to refuse to participate in questions and controversies that provoke strife.  My friend, I challenge you to do the same!