Today’s proverbs once again draw a contrast between the fool [who rejects godly wisdom and follows the path of sin] and the wise [the saint who reveres God and loves His Law and meditates on His Word].

Proverbs 14:15-18 – “The simple believeth every word: but the prudent man looketh well to his going. 16  A wise man feareth, and departeth from evil: but the fool rageth, and is confident. 17  He that is soon angry dealeth foolishly: and a man of wicked devices is hated. 18  The simple inherit folly: but the prudent are crowned with knowledge.”

I invite you to notice four characteristics of a fool in contrast to the wise man in today’s proverbs.  1) The first, a fool is simple, gullible and easily influenced by the enticements of the wicked, while the “prudent” ponder and weigh every step. 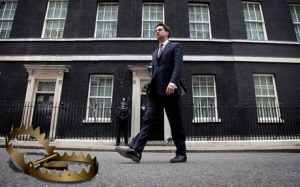 word [ie. – he hears; every matter he is told]: but the prudent [shrewd; wise] man looketh well [understands; weighs and considers] to his going [step].”

2) A fool is obstinate, headstrong, presumptuous and rejects the counsel of the wise who urge him to fear God’s judgment and consider the tragic consequences of sin.

Proverbs 14:16 – “A wise man [skilled in the use of knowledge] feareth [reverences], and departeth [avoids; removes himself] from evil [sin; mischief]: but the fool [thickheaded; obstinate] rageth [crosses the line; goes as far as sin will take him], and is confident [bold and presumptuous].”

3) The third characteristic of a fool is he is hotheaded, tends to be irrational and is often an embarrassment to his loved ones.  He cannot be trusted to make wise and rational decisions.

Proverbs 14:17 – “He that is soon [hasty; quick to be] angry [nostrils flared; full of wrath] dealeth foolishly [fails to weigh consequences]: and a man of wicked devices [intent; evil thoughts; wicked purposes] is hated [looked upon as an enemy].”

4) Finally, whereas wise men are known for godly wisdom and discernment, the fool is easily led astray into all manner of evil and folly.

Proverbs 14:18 – “The simple [silly; easily seduced] inherit [get, possess] folly [silly; thoughtless]: but the prudent [wise; subtle] are crowned [surrounded; compassed about] with knowledge [perception; discernment of good and evil;].”

I close today’s devotion by inviting you to consider the qualities of a man of godly wisdom—one who thinks before he acts!

Proverbs 2:6-8 – “For the LORD giveth wisdom: out of his mouth cometh knowledge and understanding. 7  He layeth up sound wisdom for the righteous: he is a buckler to them that walk uprightly. 8  He keepeth the paths of judgment, and preserveth the way of his saints.”