Warnings concerning the way of the immoral and their tragic end is a frequent theme in Proverbs.  Proverbs 22:14 is one of many proverbs that declares the path of forbidden lusts will inevitably lead to destruction.

Proverbs 22:14 – “The mouth [words; speech] of strange [profane; adulterous] women is a deep pit [ditch; place of humiliation; i.e. moral danger]: he that is abhorred [angry; indignant] of the LORD shall fall [cast down; fail] therein.”

In an earlier proverb Solomon warned his son that the flattery of immoral women is sweet and enticing as honey (Proverbs 5:3-4); however, the way of an adulterer invites the judgment of God  and often leads to an early grave (Proverbs 5:5).

Proverbs 22:15 – “Foolishness [silliness; arrogance; stupidity] is bound [knit together; leagued together; conspired] in the heart [mind; desire; understanding] of a child [youth; lad]; but the rod [staff; scepter; smiting stick] of correction [instruction; chastisement; warning] shall drive it far [remove; distant] from him.”

I address Proverbs 22:15 with caution because it has become a flash point of debate and misunderstanding by those who take its application to extremes.  Solomon is not advocating child abuse; however, he is warning parents that foolishness is the natural bent of the child’s heart apart from instruction and loving discipline.

Pity the child who grows up in a home where “the rod of correction” is neglected and parents abdicate their responsibility to train and direct their child’s will on a path of righteousness.    Such neglect produces a fool, heaps shame upon the mother (Proverbs 29:15) and sets a child’s undisciplined soul on a path to hell (Proverbs 23:13-14).

The role of a loving parent is that of instructor and disciplinarian; however, such a role must be administered out of love for the child and concern for their soul (Hebrews 12:6-8).

Proverbs 22:16 – “He that oppresseth [deceive; wrong; defraud; get by violence] the poor [needy; weak; helpless] to increase [multiply] his riches, and he that giveth deliver; give place] to the rich, shall surely come to want [need; poverty].”

Proverbs 22:16 is a timeless proverb that is as applicable to our day as when Solomon stated it 3000 years ago.  The poor continue to be the victims of those who desire to enrich themselves by their helpless state.  Unable to defend themselves, they fall prey to men and women whose consciences are seared by a lust for riches. 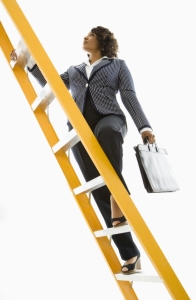 Oppressors of the poor court the favor of the rich and powerful, but often come to a shameful, impoverished end themselves.  As some have observed, “Be careful who you step on when climbing the corporate ladder because you will inevitably meet them on your way back down!”