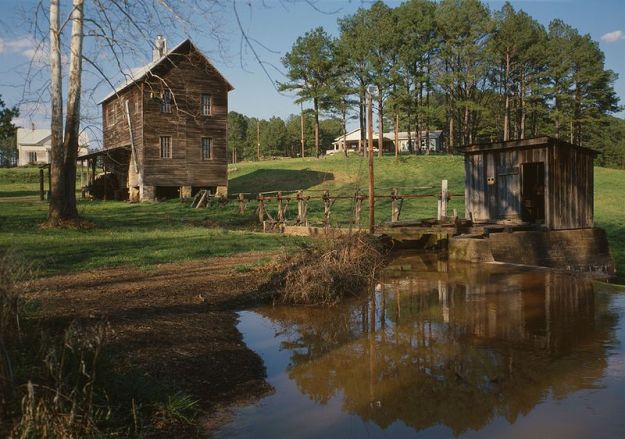 Having had the privilege of growing up in rural South Carolina, I have observed many of the agricultural themes Solomon addresses in his book of Proverbs.  I have noticed nature’s ability to reclaim land and fields that had once been the pride and joy of a family.  Fields that one time painted a golden landscape of wheat, forsaken by the farmer fall to weeds and wild grass.  A home that one time rang with the play and laughter of children, falls silent and into disrepair.  Thorns and briars reclaim pasture where livestock once grazed; trees and bramble bushes sprout where proud owners once tended manicured lawns.  Notice Solomon’s observance of the same in the closing verses of Proverbs 24.

Proverbs 24:30-31 – “I went [passed] by the field [land; soil; ground] of the slothful [sluggard; indolent; lazy], and by the vineyard [garden] of the man void [lacking; destitute; wanting] of understanding [heart; mind; intellect]; 31 And, lo, it [field and vineyard of the lazy] was all grown over [increased] with thorns, and nettles [briars; prickly weeds] had covered [overwhelmed; concealed] the face thereof, and the stone wall [border; enclosure] thereof was broken down [overthrown; beat down; in ruin; destroyed].”

The indolence of the slothful man and his neglect of garden and vineyard allows thorns and briars to choke out any promise of harvest.  The stonewall that secured his land and demanded only maintenance, soon falls into disarray leaving unprotected all that the man owns.  As it is with the farmer, so it is for man.  Indolence, slothfulness, laziness evidence the foolishness of a man undisciplined in body and soul and, with unrestrained heart, inevitably leads a soul  to ruin.

The apostle John, writing at the end of the 1st century to a 3rd-generation church warned that an unbridled love of the world chokes out any evidence of God’s love within the soul of man (1 John 2:15-17).  Christ warned the same in his parable of the soils (Matthew 13:3-9, 18-23).  Like a fallow field unbroken by the farmer’s plow, so is the heart of the sinner infested with sinful thoughts and calloused with sin and rebellion (Matthew 13:20, 22).

Proverbs 24:32 – “Then I saw [looked; beheld], and considered it well [regarded with heart and mind; reflected]: I looked [perceived; inspect; observed] upon it, and received [took away; accepted; lay hold] instruction [correction; reproof; warning; discipline].”

What about you? How tender is your heart to the plowing of God’s Spirit and the convicting power of His Word?  Are you numbered with those poor souls too lazy to search out spiritual principles and truths in God’s Word?  Have you allowed the thorns and nettles of sin to take root in your life?  Have you neglected to shore up the walls of separation between your heart and the world?

Observe the indolent, slothful farmer and do not follow his ways with your heart.  A wise man observes and learns from the failures of others and avoids the pitfalls that could bring him to ruin.

Proverbs 24:33 – “Yet a little [brief; few] sleep, a little slumber [drowsiness], a little folding [clasping; embracing; i.e. self-love] of the hands to sleep [lie down; rest]:”

A little neglect here and a little sinful self-indulgence there and soon you will find yourself on a path to moral ruin.

Proverbs 24:34 – “So shall thy poverty come [enter; approach; befall] as one that travelleth [walk; march; become]; and thy want [lack; need; poverty] as an armed [shield; ruler] man.”

Few may know the liberties and sinful indulgence you practice in private.  Some will wag their heads in dismay at your sudden ruin; however, you and God will know spiritual indolence allowed the thorns of sin to take root in your heart and, like a cancer, bring about your ruin.

Psalm 119:9-10 – “Wherewithal shall a young man cleanse his way? by taking heed thereto according to thy word. 10  With my whole heart have I sought thee: O let me not wander from thy commandments.”