Author’s note: The purpose of today’s blog is not political, but practical.  America is at war and political correctness and effeminate leadership is endangering not only our military, but also our homeland and families.  This is not an endorsement of Donald Trump, but a biblical examination of his assertion that, to defeat ISIS, “You have to take out their families!”  Is targeting the families of terrorists a virtuous casualty of war?

We noticed in an earlier devotion from Psalm 21 the prayer of thanksgiving Israel had offered the Lord in anticipation of the victory He would give King David over Israel’s enemies  (21:1-6). Psalm 21:7-13 expresses the people’s confidence in their king’s faith and echoes their own affirmation of faith in the LORD.  To make this passage both personal and practical, I challenge you to read the following verses, using the backdrop of our own nation’s lack of trust and confidence in our national leadership.

Psalm 21:7 – “For the king trusteth [secure; confident] in the LORD, and through the mercy [loving-kindness; grace; steadfast love] of the most High [a name for God] he shall not be moved [removed; slip; give way].

Oh that we had a president and a congress that would call upon the LORD and seek His face knowing the LORD is all-powerful.  What a difference it would make if we, the citizens of America, knew our national leadership was seeking God’s wisdom in governing our nation.

Psalm 21:8-10 paints a picture of war without the political correctness that endangers our military and nation.  Israel understood her foe would not be overcome or defeated by elaborate speeches, peace initiatives or verbal assaults on one’s political rivals.  Having faith in their king and in the LORD, the people called upon the LORD to bless their king in battle and unleash His divine anger on their foes. 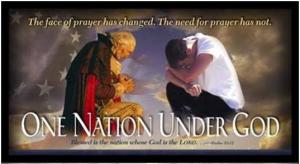 Psalm 21:9-10 – Thou shalt make [appoint; set] them as a fiery [burning] oven [furnace] in the time [season] of thine anger: the LORD shall swallow them up [devour; destroy; swallow; engulf] in his wrath [anger], and the fire [burning] shall devour [consume; eat up] them.
10  Their fruit [result; reward] shalt thou destroy [perish; lose] from the earth, and their seed [fruit; posterity] from among the children of men.

Verses 9-10 offer a graphic picture of the toll of war and modern warfare.  Verse 10 concedes that war comes at a great price and the wrath of war is not only directed at a nation’s military, but inevitably falls upon its homeland and families.  Although mocked and scorned, Donald Trump’s suggestion that he would target the families of militant Islamist terrorists to deter ISIS’ brazen attacks on our own country and families is a perpetual reality of war.  Anything short of this reality is both foolish and dangerous.

NEW YORK – SEPTEMBER 11: Hijacked United Airlines Flight 175 from Boston crashes into the south tower of the World Trade Center and explodes at 9:03 a.m. on September 11, 2001 in New York City. The crash of two airliners hijacked by terrorists loyal to al Qaeda leader Osama bin Laden and subsequent collapse of the twin towers killed some 2,800 people. (Photo by Spencer Platt/Getty Images)

Psalm 21:11-12 – For they [the enemy] intended [inclined; spread out] evil [wickedness; sin] against thee [the LORD]: they imagined [devised; account; plan] a mischievous device [evil plot], which they are not able [prevail] to perform.
12  Therefore shalt thou make [place; appoint; set] them turn their back, when thou shalt make ready [prepare; establish] thine arrows upon thy strings [i.e. the string of a bow] against the face [presemce] of them.

Israel’s enemies would not be pacified and God’s people recognized the evil plot of the enemy conceived against them and the LORD (21:11).  The people called upon the LORD to be with their king and to turn the evil devices of the enemy against them (21:12).

There is a moral bankruptcy in our national leadership and a growing angst and anxiety over the present condition and future of our nation. The majority of Americans do not trust our leaders; however, we too are culpable in the reality we have elected leaders who are morally deficient in character and lack the guide of immutable moral principles.

It is time to confront political correctness for what it is…a delusionary lie or a plot to silence principled people.  America needs political leaders with core values, settled convictions, and a fear and reverence for God.  Our churches need pastors who preach God’s Word with boldness and conviction.  Our families and communities need men and women dedicated to the LORD who are fearless in expressing the tenets of their faith.

Psalm 21:13 – Be thou exalted [high], LORD, in thine own strength [power; boldness; might]: so will we sing and praise [i.e. celebrate with music on an instrument] thy power [might; victory].”

Psalm 21 ends with the people giving thanks and praising the LORD in song and music for the victory He would give the king.  I long for the same for America!