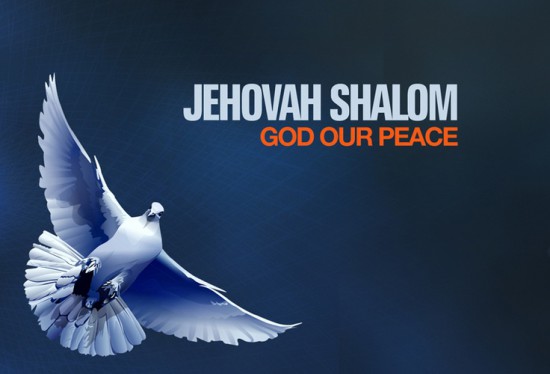 We have seen in two earlier devotionals from Psalm 34 King David’s declaration that God is the Protector and Provider for those who revere and love Him.  Given the promises of God and His loving care for of those who fear Him, David instructs the children of his realm in the will and way of the LORD, Jehovah Shalom, “God, Our Peace” (34:11-14).   We begin today’s devotion with a royal invitation.

Psalm 34:11  Come, ye children, hearken [listen; obey] unto me: I will teach [instruct; i.e. diligently teach] you the fear [moral revernece] of the LORD.

Not too long ago, old timers would observe an unruly, undisciplined son or daughter and comment the parents needed to “put the fear of God” in their child.  Although not the sentiment David is implying in his invitation to the children of his realm, nevertheless, the need of disciplined, godly instruction is implied in David’s invitation.  Understanding the “fear of the Lord is the beginning of wisdom” (Psalm 111:10; Proverbs 9:10), the king’s invitation should have been a reinforcement of the godly values parents were instilling in their home.  Sadly, today’s churches, ministers, and Christian schools too often find we are attempting to reinforce in youth godly values their parents have failed to teach at home.

Without question, American households have raised a lawless generation of undisciplined, narcissistic, self-centered youth who know nothing of the fear of God or reverence for the authorities in their life.  It is my observation that the hippie generation of the 60’s and 70’s has spawned through their undisciplined adult children, a generation of grandchildren that threaten anarchy while demanding their “right” to leech off society a “free ride” that will enslave us all.

Notice that David follows his invitation to youth to listen as he instructs them in “the fear of the LORD” with the doctrine that the fear of God and reverence for His law is foundational to what every soul desires…a joyful, long, and prosperous life!

Psalm 34:12  What man is he that desireth [take pleasure in; favor; wish] life, and loveth [i.e. having a strong desire for] many days, that he may see [look; behold; observe] good [prosperity]?

Is there anyone of us who does not want to enjoy life?  Is it not the passion of every soul to desire to live to a good, old age?  Does it not follow that, when children are born and raised in homes and in a culture that fails to instruct them in “the fear of the LORD”, or youth reject such spiritual instruction, the result is a generation who despair of life and turn to vices [drugs, alcohol, sexual addiction, violence] to fill the void in their souls?  That reality is borne out by undeniable statistics.  In 2014, suicide was the 10th leading cause of death in the United States.  In fact, an inconvenient truth for the crusaders against the Second Amendment, there were 42,773 deaths by suicide in the United States in 2014 compared to 14,249 murders of which around 68% were committed with firearms.

The problem with this generation and the generations that have preceded it is a failure of parents, pastors, churches, and Christian institutions to herald the Word of God and instruct our children in “the fear of the LORD”.

Notice that David’s invitation to children (34:11) and his rationale that every soul desires a long and prosperous life (34:12) is followed by five practical precepts for the good life.  The first precept addresses speech and conversation.

The Bible gives numerous warnings concerning the tongue and the poison it emits into relationships (James 3:1-12; Proverbs 21:23).  The unrefined, provocative use of the tongue is characteristic of men and women who lack the self-discipline of spiritual maturity (James 3:2).  One need only listen to the political rhetoric of candidates running for their party’s presidential nomination to realize the failure of not only the nominees, but also their rabid supporters to recognize how few heed David’s admonition concerning the tongue.

Gossip, murmuring, lies, and deceit might be the pattern of society, but it should never be true of the saints.  Sadly, maligning others is a practice of too many in the pew and behind the pulpit.  Paul challenged the believers in Ephesus to speak “the truth in love” (Ephesians 4:15), “putting away lying, speak every man truth with his neighbor” (Ephesians 4:25).  We would be at peace with others and ourselves if we would learn to bite our tongues (Proverbs 21:23).

Finally, notice in our closing verse four precepts followed by those who long for peace.

Psalm 34:14  Depart [remove; turn away] from evil [wickedness; mischief], and do good [prosperity; favorable; pleasing]; seek peace [“shalom”; completeness; health; to be whole; to be restored], and pursue [follow; chase; run after] it [i.e. peace].

1) “Depart from evil” – Stop and abandon the way of sin (34:14a).  Confess your besetting sins and turn from them!  If gossip and murmuring is your sin, rein your tongue in!  If lust, guard your heart and stop feeding your evil thoughts!  If covetousness, confess it and be content with what God has entrusted to you!

3) “Seek peace” (34:14c) – Of course, there is no possibility of peace when a man does not know the God of peace.  Sinners are by nature cut off from the God of peace, unrighteous, and in the words of Paul, “the way of peace have they not known” (Romans 3:17).  A sinner experiences peace with God when he believes Christ bore the penalty of his sins, died in his place as a substitutionary sacrifice, and was raised from the dead (Romans 4:24-25).  Paul declares, “Therefore being justified by faith, we have peace with God through our Lord Jesus Christ” (Romans 5:1).

4) “Pursue it [i.e. peace]” (34:14d) –  Oh the misery of a restless soul!  It is one thing to have peace with God, but quite another to enjoy the peace of God.  Peace is the third evidence of the fruit of the Spirit, following love and joy (Galatians 5:22).  However, every believer experiences a lack of peace when they allow sin to rule their hearts and minds; therefore, Paul challenged Timothy to, “Flee also youthful lusts: but follow righteousness, faith, charity, peace with them that call on the Lord out of a pure heart” (2 Timothy 2:22).

Do you want to be happy, live a long life and know the goodness and prosperity of God?

Then fear the LORD, bite your tongue, stop sinning, do right, seek peace and “pursue it” with God and others!

Have a Blessed Day!