Realizing there is “no new thing under the sun” (Ecclesiastes 1:9), the theme of today’s post is in quotes although I have no idea to whom to attribute it and it may be a lesson I have learned the hard way or from others who have voiced sentiments of a similar bent.

I doubt there is one pastor reading this post that has not experienced the distress of having on your payroll employees who not only did not share your heart, vision, or philosophy of ministry, but also were subtly opposing and undermining your leadership and vision.  I believe it was Dr. Bob Jones, Jr., the late Chancellor of Bob Jones University, who made a statement in chapel in my era along the line “character is consistent”.

“Dr. Bob”, as students affectionately knew him, went on to say whatever a man’s character was before he was saved, he would battle with the same character flaws and weaknesses after he was a believer.  I was uncertain I agreed with his sentiment at the time, but 40 years later I confess to having observed the same in others and myself.

There are no perfect men and we are flawed at best; however, even believers must face the reality we have weaknesses and a man’s character will generally evidence itself under pressure.  For example, a man who had a bent for dishonesty before he was saved, will battle with lying as a believer.  A sinner with a penchant for stealing, may battle the temptation to embezzle as a Christian.  Having attempted to rehabilitate my share of Judas characters in my ministry, I have learned that character, both good and bad, is consistent.

It is my observation that Bible fundamental churches and institutions are facing a character integrity crisis in pulpits, boardrooms and institutional administrations.  Too many of our churches and schools have come under the leadership of men who either lack the maturity to be grounded in immutable principles or lack the integrity to be honest about the precepts that serve them as a guide for their personal lives and ministries.  As I have written in earlier posts, our families and churches have sent college students to institutions we believed were faithful to the precepts and spiritual principles of our ministries only to find too late the leaders of those institutions were more interested in “catering to carnality” than they were in challenging and instructing our youth to be men and women of conviction.

We continue to lose our fundamental churches, colleges and universities to leaders that are “biding their time” to shift the institutions and organizations under their leadership from their fundamentalist moorings to a philosophy of ministry that is pragmatic and betrays the principles of their founders and the trust of their supporters.  I have observed theological shifting sands and a pragmatic, unprincipled philosophy of ministry taking hold.  Carnal seeds of discontentment, like tares sown among wheat, have been allowed to sprout into a rebellion that has become a spiritual cancer to our homes, churches and schools. 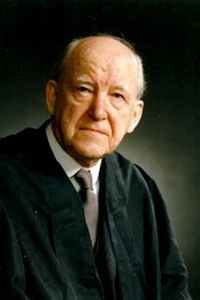 Martyn Lloyd Jones, the great 20th century Welsh minister who served as minister of Westminster Chapel for almost 30 years, warned the church of his day it was “living on the capital of the past”.

I believe the same is true of many of our churches, colleges and universities that have abandoned the Bible principles and fundamental heritage of their founders and alumni and are cannibalizing their assets in a futile attempt to survive.

It is too late for some churches and institutions; the loss of trust and damage of compromise is irreversible.  For others, nothing less than a radical amputation of leadership and spiritual revival will restore the integrity of their ministry and the trust of their supporters.

By the way, $20,000 or more in annual tuition is too high a price to pay if the professors and administrators of our historically Bible fundamental colleges, universities and seminaries fail to reflect and reinforce the Bible principles and precepts our families and churches have strived to instill in our youth.  We face enough enemies without paying an institution to turn their hearts from home.