Today I conclude my Memorial Day challenge that considered the question, “How can we, the benefactors of liberty and debtors of the sacrifices of others, express our gratitude to those who died in service to our nation?”

I have suggested believers consider three mandates: 1) We must embrace and exercise our freedoms guaranteed under the Constitution of the United States; 2) We must be willing to sacrifice our time, talents, and strength to stand and defend our liberties; 3) We must recognize the greatest threat to our nation and freedoms is not Islamic terrorists, but our own government.

Our nation’s drift into the abyss of moral depravity should awaken every believer to the undeniable reality that we are in an ideological war with our leaders, government, media, and much of society. 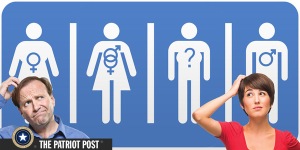 Islamic terrorism is a very real threat to our nation and Constitutional freedoms; however, the greatest threat to our liberties is the terror posed by the occupants of the highest offices of our nation who have followed a pattern of ruling by fiat, apart from Constitutional law with its checks and balances.  Democrats and Republicans who do not represent or share the moral values of the citizenry have betrayed the American people and are actively destabilizing our marriages, families, and communities.

The Failure of American Churches

We, the American public, have ourselves to blame for not only tolerating the lies and imbecility of the immoral left, but also bear the burden of responsibility for our disengagement from the political process.  We are facing the reality that professing Christians, and the American church in general, have failed to be the Salt and Light Christ commanded us to be in the world (Matthew 5:13-16).

The Innocuous Reticence of Biblical Fundamentalism

More disconcerting than the failure of American Christianity in general is the dismal spiritual slide of biblically fundamental churches, colleges, and seminaries.  Unlike early 20th century America that had a bevy of evangelistic heralders who called the church to repentance and unapologetically preached the Gospel to lost sinners, 21st century America’s “fundamental” evangelists, preachers, and teachers trumpet “The Gospel”, but cater to a Millennial Generation of fundamental church members who pursue carnality under the banner of “Christian Liberties”.  A failure to be “holy in all manner of conversation” (1 Peter 1:15) coupled with the failure of the pulpit to call the church to revival, has left our fundamental churches, colleges, and seminaries woefully unprepared to address the moral declension of America.

We are living in perilous times.

Knowing the heart of man is wicked and depraved (Jeremiah 17:9), when the restraints of conscience and law are weakened or removed, there is no limit to the depth of sin and depravity into which society will descend.  The Supreme Court’s decision to legalize “same-sex” marriage and the president’s impetus to enforce Transgenders’ access to bathrooms and showers of the opposite sex in public schools is only the beginning of an attack to destroy every vestige of Biblical morality in our nation.

Transsexuality is an abomination.

Deuteronomy 22:5 – “The woman shall not wear that which pertaineth unto a man, neither shall a man put on a woman’s garment: for all that do so are abomination unto the LORD thy God.”

Homosexuality was named as an abomination to God (Leviticus 18:22) and emasculated males (castrated men) were not to be numbered among God’s people (Deuteronomy 23:1).

1st century Jewish philosopher Philo Judaeus, a contemporary of the Jewish historian Josephus, writes concerning the sin of homosexuality and the feminizing of boys and young men:

“Moreover another evil much greater than that which we have already mentioned has made its way among and been let loose upon cities namely the love of boys, which formerly was accounted a great infamy even to be spoken of, but which not is a subject of boasting not only to those who practise it but even to those who suffer it and who, being accustomed to hearing the affliction of being treated like women waste away as to both their souls and bodies, not bearing about them a single spark of a manly character to be kindled into a flame, but having even the hair of their heads conspicuously curled and adorned and having their faces smeared with vermilion, and paint and things of that kind and having their eyes pencilled beneath, and having their skins anointed with fragrant perfumes…

And some of these persons have even carried their admiration of these delicate pleasures of youth so far that they have desired wholly to change their condition for that of women, and have castrated themselves and have clothed themselves in purple robes…”

In his letter to believers in Rome, Paul warned the church that homosexuality is a sign God has abandoned a nation and delivered it over to moral self-destruction (Romans 1:26-28).  Paul declared in his letter to believers in Corinth that the “effeminate” and “abusers of themselves with mankind” would be numbered with those who “shall not inherit the kingdom of God” (1 Corinthians 6:9-10).

To those who might take the scriptures or me to task out of sympathy with transsexuals and justify that sin with the argument transsexuals are happier dressing and acting like the opposite sex, I will assert that feelings are not a justification for moral perversity no more than anger and hatred is a justification for murder.  Our nation’s embrace of homosexuality and transsexuality is indicative of a people who have strayed from and rejected God’s absolutes!

Paul writes: “And such were some of you: but ye are washed, but ye are sanctified, but ye are justified in the name of the Lord Jesus, and by the Spirit of our God” (1 Corinthians 6:11).  The membership of the 1st century church consisted of those who had confessed and turned from their sins, believing Jesus Christ had suffered the penalty of their sin on the cross, died, was buried and rose again the third day. In the midst of the churches were those saved out of the most abominable sins, including effeminism and homosexuality. 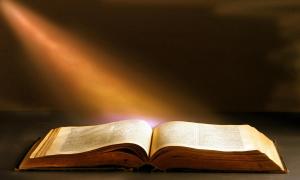 There is hope for sinners when the church fulfills its mission of not only preaching the Gospel, but also warning sinners of God’s wrath and judgment.  It is time for preachers and evangelists of Bible fundamental churches, colleges and seminaries to balance their emphasis on “The Gospel” with a call to the church to repent of its sin.

2 Timothy 4:1-5
1  I charge thee therefore before God, and the Lord Jesus Christ, who shall judge the quick and the dead at his appearing and his kingdom;
2  Preach the word; be instant in season, out of season; reprove, rebuke, exhort with all longsuffering and doctrine.
3  For the time will come when they will not endure sound doctrine; but after their own lusts shall they heap to themselves teachers, having itching ears;
4  And they shall turn away their ears from the truth, and shall be turned unto fables.
5  But watch thou in all things, endure afflictions, do the work of an evangelist, make full proof of thy ministry.