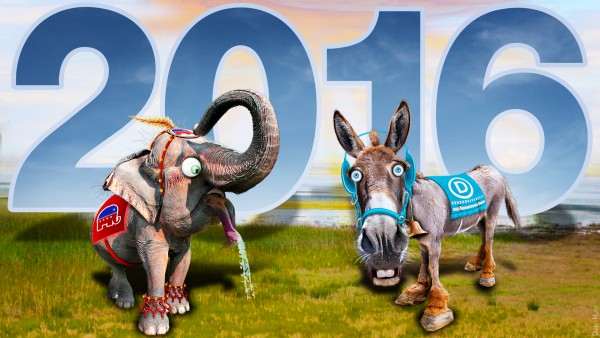 Many of you view the outcome of the presidential election as a welcome reprieve from the assaults of socialism and the lunacy of the left that have been on full, unveiled display over the past 18 months.  Although a battle has been won, be forewarned, the war for the heart and soul of our nation is being waged everyday in secular classrooms, city and county meetings, courtrooms, and the halls of government across our nation.

The election of President-elect Donald Trump is nothing more than a brief respite in the Left’s war against this Constitutional Republic and our individual freedoms.  In the absence of a demonstrative spiritual change in the soul and moral fiber of our nation, a new administration in the White House offers only a deceleration in the liberal left’s assault on traditional values and moral absolutes.

More than a change of administrations, America needs a spiritual awakening beginning in her churches.  For a half-century, Christians have bemoaned the moral failings of American culture and decried the left’s assault on traditional marriage and family, all the while attending churches dedicated to entertaining the masses and soft-pedaling Bible Truth.

Recognizing their congregations have little tolerance for strong, convicting declarative preaching, mealy-mouthed, spineless preachers deliver milk-toast sermons that tickle the ears of their adoring audiences while the media, Hollywood, educators, and politicians continue an unabated assault on our children and homes.

I close this introductory observation with an excerpt from Paul’s letter to Timothy that is a portrait of the church and society in our day.

2 Timothy 4:1-5 – “I charge thee therefore before God, and the Lord Jesus Christ, who shall judge the quick and the dead at his appearing and his kingdom;
2  Preach the word; be instant in season, out of season; reprove, rebuke, exhort with all longsuffering and doctrine.
3  For the time will come when they will not endure sound doctrine; but after their own lusts shall they heap to themselves teachers, having itching ears;
4  And they shall turn away their ears from the truth, and shall be turned unto fables.
5  But watch thou in all things, endure afflictions, do the work of an evangelist, make full proof of thy ministry.”