As a whole, Americans are the wealthiest population the world has ever known.  Even the poorest among us would rank among the most prosperous in the world.  So how is it that a people who have so much are so miserable?

SAVE [Suicide Awareness Voices of Education], citing data provided by the CDC [Centers for Disease Control and Prevention] and World Health Organization, states that suicide is the 10th leading cause of death in the United States (the second leading cause of death among college age students).  SAVE estimates that 20-25% of Americans 18+ years old are depressed.

According to VOX Magazine, the Millennial generation (18-34 years old) is evidencing anxiety and depression of epidemic proportions.  Campus protests, the vitriol expressed by college students toward Donald Trump [i.e. “Not my President”], and the embrace of socialism reveal not only an anti-American, anti-establishment political sentiment, but a whole sector of the American populace that is dissatisfied with life in general.  “The Chronicle of Higher Education” reported in 2015 that, “More than 25 percent of college students have a diagnosable mental illness”.  A 2014 survey by the American College Health Association found that “35.5% [of college students] said they ‘felt so depressed that it was difficult to function.’” 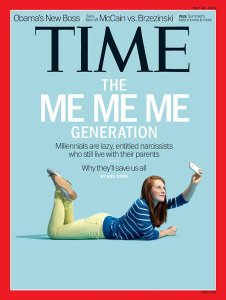 So what is the answer to despair and melancholy?  Like the rest of America, the millennial generation, does not need a political revolution, it needs a spiritual revival!   Free higher education, “friends” on social media sites, wealth and possessions, cannot fill the haunting emptiness of a miserable lost soul.  Sadly, the generation that has been coddled from birth and told how unique they are, is facing the ugly reality that no amount of accommodations, amusements or vices can satisfy a gnawing hunger for happiness and contentment.

In a recent series titled “Hope for the Hopeless”, I put forward the following three questions to my church family:  1) Where do you turn when you have no place to turn?  2) Where do you go for help when you are reduced to helplessness?  3) Where do you find hope when all appears hopeless?

Writing out of his own life experiences,  David answered those questions in Psalm 34.  I invite you to read that chapter as we continue our study of “Hope for the Hopeless” in the days ahead.