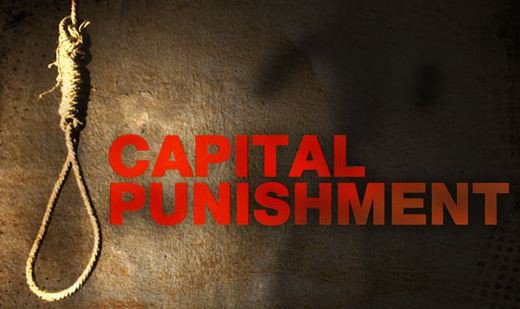 The patriarch Joseph, the 11th of twelve sons born to Jacob the father of Israel’s twelve tribes, was abundantly blessed for his faithfulness to the LORD when the descendants of his two sons, Ephraim and Manasseh, both born in Egypt, were each given their own inheritance in the land (Joshua 16:1-4).  The inheritance of the tribe of Ephraim, Joseph’s youngest son, is delineated in Joshua 16:5-10.  Joshua 17 defines the geographical lands that were assigned to the tribe of Manasseh, Joseph’s firstborn son (17:1-13).

Two phrases reveal a failing of both tribes descended from Joseph.  Of Ephraim we read, “they drave not out the Canaanites that dwelt in Gezer” (Joshua 16:10).  The same malady is stated of Manasseh, for we read, “the children of Manasseh could not drive out the inhabitants of those cities; but the Canaanites would dwell in that land… did not utterly drive them out” (Joshua 17:12-13).  The failure to drive the pagan, idol worshipping Canaanites out of the land would become a major spiritual stumbling block to the generations to follow.

When both tribes of Joseph boasted they were a “great people” (17:14) and complained they had not been given enough land for their inheritance, Joshua challenged them to go to war against the “Perizzites” and the “giants” in the land and claim the land for their children (17:15).  Instead of trusting God’s promises and rising to the challenge to conquer the enemies of the land, the “children of Joseph” (the tribes of Ephraim and Manasseh), objected the enemy was great (17:16-18).

The narrative concerning the dividing of the land among the twelve tribes of Israel continues in Joshua 18 revealing seven tribes who had failed to drive the pagan nations out of their inheritance (18:1-3).  Joshua devised a new plan for dividing up the remaining territories among the seven remaining tribes (18:4-28).  Joshua 19 continues with the work of dividing and assigning the land to the seven tribes who had yet not conquered their lands.  After assigning all the tribes their inheritance, Joshua is given his inheritance, “Timnathserah in Ephraim” (19:50) where he built a city. 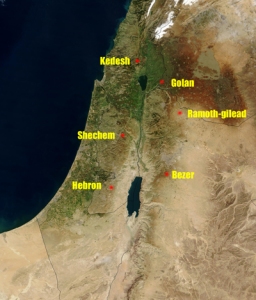 In Joshua 20 we read that the LORD commanded Joshua to establish six “cities of refuge” in the land (20:1-2).  Reflecting the “sanctity of human life” and the principle of capital punishment established by God in Genesis 9:5-6, the cities of refuge afforded a safe place for those who had unintentionally taken the life of another man (20:3-4).  Because there was no law enforcement, the cities of refuge provided a place where a man’s case could be judged by the elders of the city and his life protected from those who felt compelled to avenge the death of a loved one (20:5).

Several thoughts come to mind as I close.  The first is the justice and deterrence that capital punishment brings to a society. The tragedy of violence and murder in our world today is a reflection of our government’s departure from God’s law.  Long before the commandment, “Thou shalt not kill”, God established that those guilty of willfully murdering another should pay for their crime with the forfeiture of their own life (Genesis 9:5-6; Exodus 20:13).  Finally, realizing we are all guilty of breaking God’s law, Christians can take comfort in the knowledge that Jesus Christ is our refuge.

Romans 8:1 – “There is therefore now no condemnation to them which are in Christ Jesus, who walk not after the flesh, but after the Spirit.”