The word of the prophet Jeremiah concerning the impending judgment of God continues in Jeremiah 17 with the opening verses prophesying the people of Judah will become slaves to their enemies (17:3).  Leaving no doubt for why this judgment would come upon the nation, Jeremiah rebukes the people saying, “The sin of Judah is…graven upon the table of their heart” (17:1) rather than the Law of the LORD (Deuteronomy 6:6). 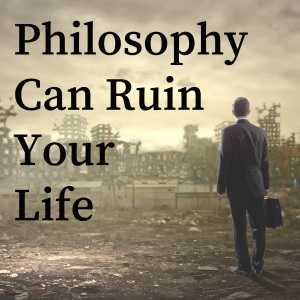 Many propose to be teachers and philosophers; however, only one of two philosophies directs the course of man and our world.   The first philosophy is man-centered and “trusteth in man” (17:5a).   By its nature, the philosophy of man is wicked, far from God (17:5a), destitute of hope (17:7) and self-deceived (17:9).  What a miserable state is man apart from God!

The other philosophy is God-centered and finds its hope and joy in the LORD Who has revealed Himself in His Creation and His Word (17:7).   A man whose trust, faith and confidence is in the LORD is “blessed” (17:7).  Such a man is, in the words of the prophet who quotes Psalm 1:3-4, like “a tree planted by the waters, and that spreadeth out her roots by the river, and shall not see when heat cometh, but her leaf shall be green; and shall not be careful in the year of drought, neither shall cease from yielding fruit” (17:8).

The setting of Jeremiah 18 is “the potter’s house” (18:1-3).  God commanded the prophet to go to the potter’s house and observe the potter as he fashioned lumps of clay on the potter’s wheel (a potter’s wheel consisted of two horizontal disks joined by a rod; the lower disk he moves with his feet and the upper disk is the surface on which the potter would shape lumps of clay into vessels).   Jeremiah observed the potter fashioning two vessels with his hands.  The first described as “marred” (18:4), perhaps because a pebble or some other flaw was present in the clay forcing the potter to remove the impurity, crush the clay and begin fashioning once again into a new vessel that “seemed good” (18:4).

The work of the potter was, for Jeremiah, a portrait of God (the potter) choosing the nation of Israel as a potter chooses clay (18:5-6).  God asks the nation, “Will you not yield to My will?” as clay yields to the potter’s hands (18:6).  Will you not repent of your sins and turn to the LORD Who longs to restore you after the manner of a potter who shapes a new vessel from the clay he has crushed (18:8-9)?

Leaving no doubt regarding the implication of the potter’s work with the clay, God warned the people if they did not repent of their sin and rebellion, He would “pluck up…pull down…[and] destroy” (18:7) the nation.  A people’s response to the will and Word of God determines a nation’s destiny.  God promises to bless the nation that obeys Him (18:9) and reject the nation that rejects Him (18:10).

Jeremiah went to the potter’s house as a spectator in chapter 18.  In Jeremiah 19, the prophet goes to the potter’s house as a customer, purchases a clay vessel and invites “the ancients” to accompany him to the “valley of the son of Hinnom” [lit. “Valley of Ben Hinnom”] (19:1b-2).  This valley was a notorious place in Israel’s history; an infamous gorge that was the site of idol worship and human sacrifices (2 Kings 21:6).  This same valley would, in Christ’s day,  be called “Gehenna”, the city dump that was a place of perpetual fires and a graphic picture of hell.

The LORD commanded Jeremiah to deliver a final warning to the nation that, if they did not repent of their sins (19:2-5), God’s judgment would fall on the people and that same valley would become “The valley of slaughter” (19:6-7).  The sorrow and suffering would become so grave the inhabitants of Jerusalem would turn to cannibalism (19:9).

Having delivered God’s warning, Jeremiah took up the clay jar he had purchased from the potter and break it in the sight of the elders of Jerusalem as an illustration that the city would be named “Tophet”, literally a place of death (19:11-13).  Leaving the elders, Jeremiah made his way to the Temple and repeated God’s warning of judgment to the people should they not repent of their sins (19:15).

Rather than repent, the elders became enraged with Jeremiah and one named “Pashur”, the son of the chief priest, beat the prophet and put him in stocks (20:1-2).  Rather than silencing the prophet, the persecutions embolden him to prophesy against Pashur and identify Babylon as the nation God would send to slay and take the people captive (20:3-6).

Having boldly declared the Word of the LORD and warned the people of God’s impending judgment, we see the humanity of the great prophet as he struggles with insecurities and discouragements that plague all that serve the LORD (20:7-18).  Jeremiah began to question his call to ministry (20:7) and in private struggled with the personal attacks and injustices he had suffered (20:8).  So pathetic was the prophet’s state he determined to resign as God’s prophet (20:9). His enemies, sensing the prophet’s discouragement, defamed him hoping to accuse him of wrongdoing (20:9).  Even his friends (“All my familiars”) opposed him (20:10).

Every believer must surely identify with Jeremiah’s time of discouragement and doubt.  I have learned to anticipate trials and sorrows often follow spiritual victories.  That does not mean I enjoy trials; however, I have learned God is faithful, just and He will take me through troubles and sorrows (1 Corinthians 10:13).  In the words of Nehemiah, “the joy of the LORD is your strength” (Nehemiah 8:10)!