* Unlike my first appeal “From Outside the Bubble” that I addressed primarily to Bible fundamental churches and graduates of Bob Jones University living in Greenville, SC, this article goes well-beyond the borders of Greenville to the breadth of Bible fundamental pastors, churches, and administrators of fundamental Bible colleges and institutions.

I have pondered the root cause for a lack of vitality in Bible fundamentalism that is contributing not only to the failings of our institutions, but also more importantly, the weakening of our churches (understanding the weaknesses observed in fundamental institutions once hailed as citadels of the faith are symptomatic of compromises within our local churches).   As much as it pains me to state it, I have observed a near universal characteristic in the senior leadership of our churches, schools, Bible colleges and seminaries that is the catalyst to compromise:

God’s Men Have Failed to Stand on Immutable Principles

Twenty-first century Bible fundamentalism is facing a moral crisis in leadership giving rise to a tolerance of sin and pervasive carnality in our churches, Bible colleges and seminaries.  Taking a lesson from the life of King David, I suggest the failures and shortcomings of historical flagship ministries in fundamentalism reveal a pattern of compromise among Christian leaders who, facing the duress of their children’s sinful choices, have become pragmatic and weak.  A tolerance of sin has emerged in our homes, pulpits and chapel platforms that is leading our youth, churches, and schools down a path of ruin.

Consider the consequences of David’s failed leadership after his moral failures left him enfeebled and unwilling to address the sins and moral failures of his adult children.

David’s adultery with Bathsheba, the wife of Uriah the Hittite, was a scandalous sin that forever damaged his reign as king (2 Samuel 11).  His notorious sins gave cause for his enemies and members of his own household to disdain him.  Confronting David with the words, “Thou art the man” (2 Samuel 12:7), the prophet Nathan warned, “the sword shall never depart from thine house” (2 Samuel 12:10).  The sins David had committed in secret eventually bore the bitter fruit of public humiliation “before all Israel” (2 Samuel 12:11-12).  Weakened by his own failures, David’s leadership faltered and he failed to address the sins of his sons.

When Amnon, a son of David, raped his half-sister Tamar (2 Samuel 13:1-19), we read the morally compromised king’s response was merely, “he was very angry” (2 Samuel 13:21).  David’s failure to confront Amnon’s sin gave cause to Absalom to revenge his sister’s disgrace and plot the murder of his half-brother (2 Samuel 13:20-29).   Fearing the consequences for murdering his half-brother Amnon, Absalom fled Israel and dwelt as an exile in Geshur for three years (2 Samuel 13:34, 37).

In spite of Amnon’s death, we read, “king David longed to go forth unto Absalom” (2 Samuel 13:30).   Every loving parent understands David’s longing for his prodigal son; however, there were issues greater than paternal affections in question.  Would the king be a man of integrity?  Would he rule his kingdom judiciously, knowing his own son was a fugitive from justice and guilty of murder?

Such is the dilemma of spiritual leadership: When our sons and daughters turn from the LORD and the instructions of their youth, we may long for peace and their love and affection, but we should not compromise our principles and convictions.

Among the qualifications of a pastor is he is to “ruleth [preside over] well his own house, having his children in subjection [under control] with all gravity [dignity; respect]” (1 Timothy 3:4).   Why is it important for Christian leaders to evidence an ability to manage the children in their households? Paul’s answer: “For if a man know not how to rule his own house, how shall he take care of the church of God?” (1 Timothy 3:5).

Pastor’s with children “in their households” is the topic of 1 Timothy 3:4; however, the principle found in 1 Timothy 3:5 serves as a warning to churches and Christian institutions:  Be wary of spiritual leaders who fail to rule their households for they will invariably fail to “take care of the church”.   Adult sons and daughters are no longer children under the management or rule of their parents, and as much as we are pained to accept it, they bear their choices and associated consequences.   As it was for David, so it is for all who are spiritually minded parents:

Will we be men and women of integrity if our adult children walk contrary to the Word of the LORD and spiritual principles? 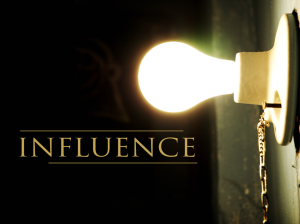 For those in spiritual leadership, the cost of compromise extends far beyond our family relationships and affects our churches, schools and institutions.   I need not enumerate the tragedy that followed David’s failure to be a man of integrity and conviction.  His weak response to his son’s sins incited Absalom to lead a rebellion against David (2 Samuel 14:23-24, 33; 15:1-6), fulfilling Nathan’s prophecy and humiliating his father in front of the nation (2 Samuel 15:7-16:23). Twenty thousand men perished in battle before David took back his throne; however, even then David’s heart was such toward his son he commanded his men to, “Deal gently for my sake with the young man, even with Absalom” (2 Samuel 18:5).

Such is the way of spiritual leaders when they promote paternal affections over eternal principles.  My generation, my peers who are pastors, administrators, and professors in Bible fundamental colleges and seminaries have, under duress, compromised immutable spiritual principles because our children and grandchildren have rejected the guiding principles of God’s Word.

Make no mistake, our compromises have become mortal wounds for our churches and institutions, and if pastors, churches, and the spiritual leaders and boards of our Bible colleges and seminaries do not soon repent, the demise of Bible fundamentalism is sure.