2 Samuel 14 concluded with David being induced to bring his wayward son Absalom back to Jerusalem (14:1-14).   Discerning Joab, his trusted advisor, had contrived a woman’s fictional tale (14:15-20), the king accepted his counselor’s flawed inducement to bring Absalom home (14:21-23).  Regardless of his good-intentions, the king’s decision set in motion an unfolding of events that proved tragic for David and the nation when he refused to receive Absalom upon his return to Jerusalem (14:24). 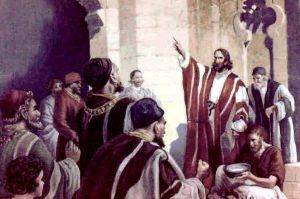 Absalom soon became the favorite of the people (14:25-27); however, his banishment from his father’s household inflamed his angry, rebellious spirit (14:28-33).  Absalom soon used his celebrity in Jerusalem to garner the affection of the people, setting in motion events that encouraged a rebellious uprising and David’s flight out of Jerusalem (2 Samuel 15:1-30).  David soon realized the breadth of the conspiracy against him when he learned one of his trusted advisors, Ahithophel, was one of Absalom’s counselors (15:31-34).

David received news from Ziba, a servant of Mephibosheth, the surviving son of Jonathon and grandson of Saul whom David had honored and enriched when he became king (2 Samuel 9:6), that his master (Mephibosheth) hoped to seize upon Absalom’s rebellion as an opportunity for him to ascend to the throne (2 Samuel 16:1-3).

Heaping shame upon shame, Shimei, a relative of Saul, the former king, cursed David and cast stones at David as he fled Jerusalem (2 Samuel 16:5-14).

Ahithopel revealed the depth of bitterness in his heart toward David when he counseled Absalom to disgrace his father by going into David’s harem and lying with his concubines (16:15-22).  For a time, as it often seems with the enemies of God’s people, it seemed Ahitophel’s counsel would stand unchallenged (16:23).

Hushai, a trusted friend of David and a spy in Absalom’s household (2 Samuel 15:23-37), worked to undermine Ahitophel’s counsel and turn it against him (2 Samuel 17:1-14).   Ahitophel recognized Absalom’s decision to heed Hushai’s advise and pursue David and his men would prove disastrous, went to his home and hanged himself (17:22-23) rather than suffer the shame of falling into the hands of David and his men.

David mustered his men to go to battle against Absalom and those who were confederate with him in 2 Samuel 18.  In spite of the great harm Absalom had committed against his father and Israel, David interceded that his generals would, “Deal gently for my sake with the young man, even with Absalom” (18:5). 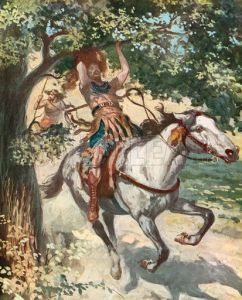 Setting the armies in array against one another, the veteran generals and soldiers with David were victorious, slaying 20,000 men (18:6-8) and giving cause for Absalom to flee the battle where he was slain by Joab (18:9-17) contrary to the king’s orders.  When news of the victory came to David (18:18-28), rather than ask concerning the welfare of his generals, David requested news of Absalom’s welfare (18:29-32). Learning Absalom had died, David wept over his son saying, “O my son Absalom, my son, my son Absalom! would God I had died for thee, O Absalom, my son, my son” (2 Samuel 18:33).

Receiving news that David’s response to the victory was overwhelming sorrow for Absalom, Joab rebuked the king and reminded him of the shame and sorrow his son had wrought against him and Israel (19:1-6).  Heeding Joab’s counsel (19:7-8), David gave the people an opportunity to come together and bring him back to Jerusalem as their king (19:9-15).

Evidencing he was a man after God’s “own heart” (1 Samuel 13:14), David extended grace and amnesty to the men who joined Absalom in the uprising.  When Shimei humbled himself before the king, David even spared him, the man who had cursed him when he fled the city,  (19:16-23).

Mephibosheth, knowing his servant Ziba, had slandered him and given David an impression he was disloyal to the king during the uprising, sought an audience with the king to declare his loyalty (19:24-30).

David also honored the men who had come to his aid in the midst of the uprising (19:31-40). The closing verses of 2 Samuel 19 (verses 41-43) give insight into the reality that, although David was returning to reign as king, all was not well in Israel.  Strife rose between Judah and the other tribes in Israel, even as they accompanied David to Jerusalem.

We have begun to see the fulfilling of Nathan’s prophesies that David’s adultery with Bathsheba and his murder of her husband Uriah would have far-reaching consequences (2 Samuel 12:9-12).  Sadly, the fulfillment of those consequences will haunt David the rest of his life.

An old adage states, “Chickens Invariably Come Home to Roost”; such is the same with sin…its consequences are unavoidable. 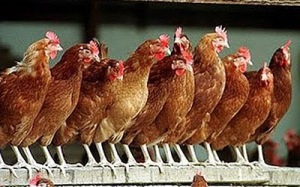