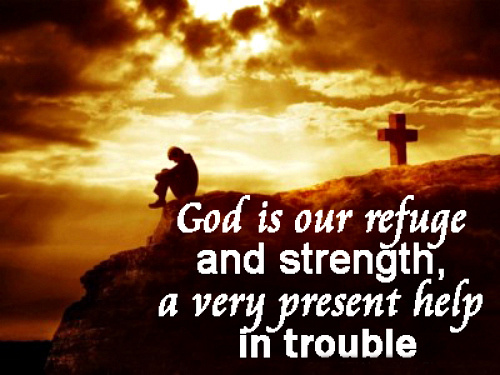 Absalom is dead!  The rebellious son of David who led an uprising against his father and openly mocked the king in the sight of the people by going into his father’s harem, killed by Joab contrary to the king’s wishes (2 Samuel 18).  Rather than rejoicing in his army’s victory over his adversaries, David mourned the death of his son Absalom giving cause for Joab to rebuke David (2 Samuel 19:1-6).

The tribe of Judah readily embraced David’s return to the throne in Jerusalem; however, in spite of the victory over Absalom and his forces, all was not well in Israel and a wicked man named Sheba, a son of the tribe of Benjamin, opposed David (2 Samuel 20:1-4). 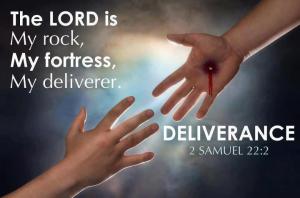 Israel, consisting of the northern ten tribes, had always entertained certain displeasure in having a king of Judah reign over them, and because Saul, Israel’s first king was a Benjaminite, there was an animosity that tribe held toward David.  When Sheba rose up against David, there were thousands willing to oppose the king (20:4-13).  David’s men swiftly put down the rebellion and the conflict ended with Sheba being beheaded (20:22).

Suffering three years of famine, the LORD revealed to David there would not be a healing of the land until he righted a wrong committed by his predecessor, king Saul against the Gibeonites (2 Samuel 21:1-14).  David set right the wrong against the Gibeonites when he captured seven men of Saul’s lineage and hanged them.

A beautiful psalm of David’s is recorded in 2 Samuel 22 and answers the title I gave today’s devotional commentary, “Who is the LORD?” 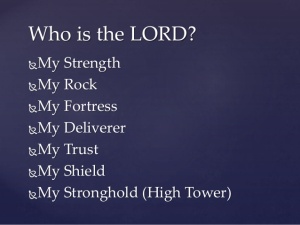 2 Samuel 22 is a psalm of rejoicing and thanksgiving.  Consider briefly some of the golden nuggets of truth found in this chapter regarding the LORD and, for the sake of our study; I invite you to join me and use personal pronouns to apply the attributes of the LORD to your life.

The LORD Who is Jehovah; Eternal, Self-existing God is my place of safety for He is my Rock, Fortress, and Deliverer (22:2).  The LORD is my Refuge, my Rock, Shield, Salvation, and my Savior in times of trouble (22:3).

The LORD is also my Rewarder; He rewards those who follow after righteousness and keep His laws (22:21-25).

The LORD is Just and rewards His people according to their ways and works (22:26-28). 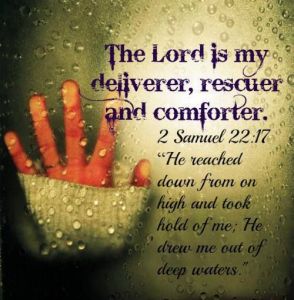 Looking back on the years he was an exile in the wilderness, David remembered the LORD’s presence and faithfulness (22:29-43).  In the midst of hardships, David found the LORD was his Light in the midst of darkness (22:29) and his Strength when he faced adversaries (22:30-35).

Not knowing what this day might hold for you, or me I close today’s devotion inviting you to consider David’s assertions regarding the character of our LORD (2 Samuel 22:31-33).

Friend, face today’s challenges confident the LORD rewards faithfulness and He is your strength and guide!