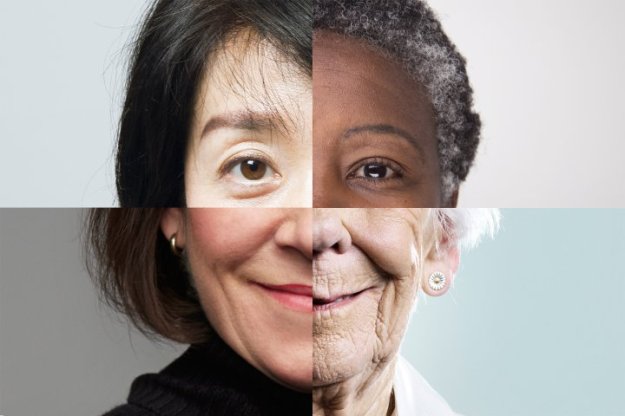 Note from the author of “From the Heart of a Shepherd”:  Today’s post is the 900th blog post by this simple shepherd.  I pray the thoughts and spiritual ponderings of this pastor continue to be a blessing.

Our scripture reading for today is a gold mine of truths and spiritual principles found in Psalms 69, 70 and 71; however, for the sake of brevity my focus will be two golden nuggets of truths taken from Psalm 71:9, 17 and 18.

Some believe king David is the author of Psalm 71 and I am inclined to lean that way; however, others make an argument its author is the prophet Jeremiah.  I will leave the debate of its authorship to others and am content it was written by a man of faith; a man who by God’s grace was young in spirit, but chronologically old in years.  The psalmist, confident in God’s providential care, had faith God’s hand had been upon him from his mother’s womb (71:6), through his youth (71:5) and was with him in the frailty of his old age (71:18).

Of the many fears that potentially haunt the elderly, surely the fear of being forgotten and forsaken is foremost.  The dynamics between youth and the aged presents a challenge; however, the technological revolution of the past 30 years with computers, iPads, cell phones and social media has made the generational divide a precipice.  The fast pace mobility of our 21st century society and an attitude of narcissism that dominates this generation has strained family ties and sadly, left as its victims millions of elderly who feel forgotten and forsaken.

Complicating the interaction of familial generations and contrary to what some aged might think, one is never too old to sin!   Many elderly fall into a sinful pattern and become cantankerous and difficult.  Because a negative, critical spirit only exasperates our loved ones and caregivers, let us who are grey-headed consider the prayer of the ancient psalmist to the LORD.

Psalm 71:9 – Cast me not off [down] in the time [season] of old age; forsake me not when my strength [power; vigor] faileth [consumed; finished].

The aged psalmist petitions the LORD for two things in verse 9. The first, “cast me not off in the time of old age” (71:9a).  Strength of youth inclines one to pursue independence…independent of family, friends and sadly, independent of God.  However, when the vigor of youth fails and the frailty of old age advances, we are reminded how much we need the LORD’s grace. 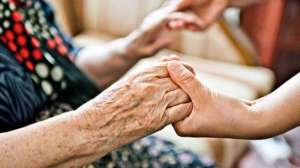 The second petition expressed by the psalmist is, “forsake me not when my strength faileth” (71:9b).  Visiting the elderly in nursing homes has been a pattern of my life from childhood.  I remember fondly accompanying my maternal grandparents, Roland and Sadie Whitley, in their Saturday visits to family and friends in nursing homes.  It comes as no surprise that, when they found themselves in those same beds, the Whitley’s were never lacking in visits from family and friends.

As a pastor\shepherd, my calling has me making frequent visits to hospitals, nursing homes and homes of shut-ins.  Sadly, there are many in those places that not only feel forsaken, they are all but forgotten.  At a time when their strength is gone, their eyesight is dim and hearing has failed…they are alone.  What a tragedy that our society looks upon its elderly as a burden rather than a blessing!

The elderly psalmist continues his prayer:

Psalm 71:17-18 – O God [Elohim; Mighty God], thou hast taught [instructed; goad or disciplined] me from my youth: and hitherto have I declared [tell as a messenger] thy wondrous works [miracles; acts that surpass human skill or works]. 18  Now also when I am old and grayheaded, O God, forsake me not; until I have shewed [declared; informed] thy strength [power] unto this generation, and thy power [might] to every one that is to come.

The psalmist declares in his old age, LORD, the things you taught me in my youth I continue to declare in my old age!  My elderly friend, when life affords you an opportunity to praise the LORD, whether in private or public, be among the first to declare God’s love, salvation, mercy and grace. 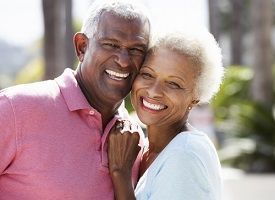 The psalmist’s prayer moves from affirmation and adoration in verse 17 to petition and purpose in verse 18.  Unlike the old sassy commercial that declared, “I’m going to wash the gray right out of my hair”, the psalmist acknowledges, “I am old and grayheaded” and petitions the LORD for His power and presence in his life (“forsake me not”).

Finally, the psalmist declares his purpose for living: “until I have shewed [declared; informed] thy strength [power] unto this generation, and thy power [might] to every one that is to come” (71:18b).  The old psalmist’s thoughts turned to his spiritual legacy.  Thirty-eight years of ministry has brought home to me the sad realization that few give any thought to the spiritual legacy they are leaving for the next generation.  They have their wills written, their possessions planned for parceling, but the urgency of declaring a lifetime testimony concerning God’s faithfulness and blessings seems forgotten.

Elderly believer, I know you and I share the sentiment of the psalmist…Oh Lord, don’t forsake me when I am old and frail; however, will you also purpose to declare to all who will listen God’s faithfulness? I close with an appropriate quote and challenge:

“How many people in our churches, at an age when they ought to be tearing the world apart, are instead sliding home?” – Dr. Howard Hendricks