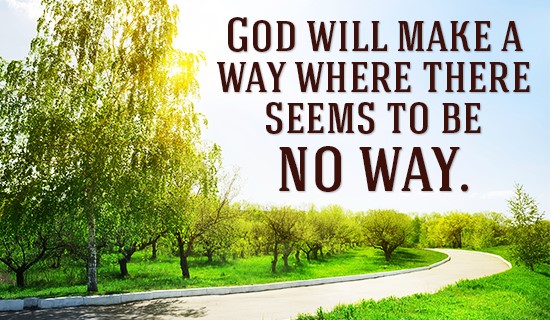 We pick up our reading in the Book of Numbers by reading Numbers 9-12 today.  I stated in two earlier commentaries that the early chapters in Numbers are dedicated to Moses taking a people who served as slaves of Pharaoh for 400 years and instructing and organizing them into a nation. 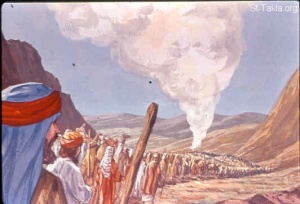 Numbers 1-4 records a census of the tribes of Israel.  Numbers 5-6 state the specifics for addressing disease and sin among the people.  Because worshipping, serving and offering sacrifices were central to Israel’s individual and corporate life, the Tabernacle of the LORD was located in the heart of the encampment (Numbers 7).   Numbers 8 established the character and bloodline of the Aaronic priesthood.  A perpetual observance of the Passover is commanded in Numbers 9, serving as a memorial to the LORD for delivering Israel out of Egypt (Numbers 9:1-14).

When Israel journeyed in the wilderness, the people found security in the LORD’s presence by a cloud that was present in the day and a fire that was present at night (9:15-23).  Making it clear the LORD alone dictates the “starts and stops” of His people, the people followed the movements of the cloud and fire in their journey (9:21-23). 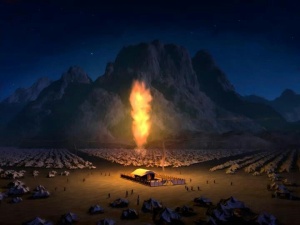 Friend, there is much to learn in today’s scripture reading; however, I would be remiss to not remind you the LORD, though He no longer leads His people with a cloud or fire, nevertheless leads, directs and guides His children by His Word and the wooing of His Spirit.   Should Numbers 9 appear irrelevant or inapplicable to 21st century Christians, I remind you we have this history for a reason…that you and I might be reminded of the abiding, perpetual presence of the LORD!

Writing to the church in Corinth, Paul challenged believers there are spiritual lessons we should derive from our study of the saints of the Old Testament.  Paul writes:

1 Corinthians:1-2 – “Moreover, brethren, I would not that ye should be ignorant, how that all our fathers were under the cloud, and all passed through the sea; 2And were all baptized unto Moses [united under Moses in the same way believers are united in Christ by baptism] in the cloud and in the sea;”

Symbolizing the expressions of God’s grace in types or symbols, we read:

Illustrating God’s judgment against those who lacked faith and those who sinned:

1 Corinthians 10:5-10 – “5 But with many of them God was not well pleased: for they were overthrown in the wilderness. 6 Now these things were our examples, to the intent we should not lust  [set our heart upon sin] after evil things, as they also lusted. 7 Neither be ye idolaters [setting their affection and priorities on things before God], as were some of them; as it is written, The people sat down to eat and drink, and rose up to play. 8 Neither let us commit fornication, as some of them committed, and fell in one day three and twenty thousand. 9 Neither let us tempt Christ [refusing to trust God], as some of them also tempted, and were destroyed of serpents. 10 Neither murmur [grumbling and complaining] ye, as some of them also murmured, and were destroyed of the destroyer.” 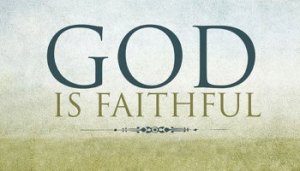 And why is it important to know the ways and manner the LORD dealt with Israel?   Paul explains:

1 Corinthians 10:11-12 – 11 Now all these things happened unto them for ensamples [setting an example; a pattern]: and they are written for our admonition [warning; rebuke], upon whom the ends of the world are come [a special warning to those living in the last days]. 12 Wherefore let him that thinketh he standeth take heed lest he fall.”

Reading and understanding the way the LORD guided and protected Israel’s journey in the wilderness gives us confidence in this promise:

1 Corinthians 10:13 – “There hath no temptation [trial; test] taken you but such as is common to man [i.e. many others have faced the same]: but God is faithful [trustworthy; true], who will not suffer [permit; allow] you to be tempted [tried or tested] above that ye are able; but will with the temptation also make a way to escape [i.e. pass through], that ye may be able [possible] to bear it [endure].”

What a blessed promise!   Whatever test or trial you may face, be assured God is faithful!  You will face times of testing (for these are “common to man”); however, the LORD is with you and will tenderly care for you, protect, strengthen and be with you through your trials.

Don’t quit…God is with you night and day as He was with Israel!