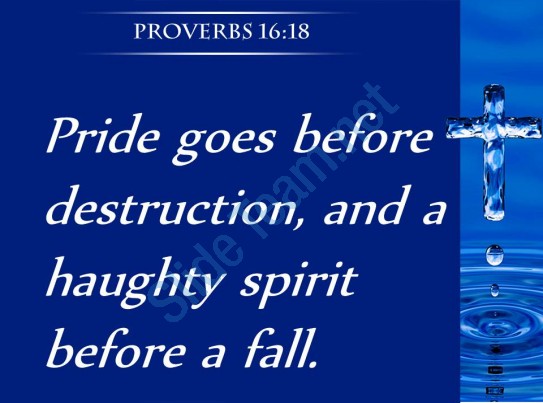 The reign of Solomon was a glorious time in Israel’s history.  Evidencing humility, Solomon requested the LORD give him wisdom (2 Chronicles 1:10) and God honored his request promising him not only wisdom, but also “riches, and wealth, and honour, such as none of the kings have had that have been before thee, neither shall there any after thee have the like” (1:12). 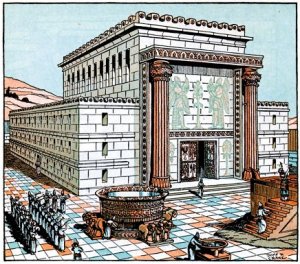 Fulfilling his father’s vision and passion to build a Temple in Jerusalem for the nation to worship the LORD, Solomon set about overseeing the construction of the Temple and providing for its furnishings (2 Chronicles 2-5).   As Solomon and the priests led the nation to worship the LORD, His presence was so great “the priests could not stand to minister by reason of the cloud: for the glory of the LORD had filled the house of God” (5:14).

2 Chronicles 6 begins with Solomon leading Israel in worship, affirming to the people the hand and providence of God upon them as His chosen people (6:1-11).  Solomon’s prayer of dedication for the Temple is found in 2 Chronicles 6:12-42.

Having heard the prayer of Solomon, the LORD of heaven responded to his prayer of dedication with a confirmation that was magnificent to behold (7:1-22).

2 Chronicles 7:1 – “Now when Solomon had made an end of praying, the fire came down from heaven, and consumed the burnt offering and the sacrifices; and the glory of the LORD filled the house.”

2 Chronicles 7:3 – “And when all the children of Israel saw how the fire came down, and the glory of the LORD upon the house, they bowed themselves with their faces to the ground upon the pavement, and worshipped, and praised the LORD, saying, For he [the LORD] is good; for his mercy endureth for ever.” 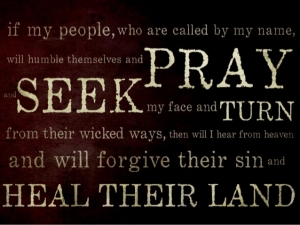 2 Chronicles 7:11 gives testimony of God’s grace and blessing upon Solomon in response to the king’s prayer: “…all that came into Solomon’s heart to make in the house of the LORD, and in his own house, he prosperously effected” (7:11-22).

2 Chronicles 7:14, one of the most beloved verses and embraced promises of the Old Testament is found in this passage.  The LORD promised in answer to Solomon’s dedicatory prayer:

2 Chronicles 7:14 – “If my people, which are called by my name, shall humble themselves, and pray, and seek my face, and turn from their wicked ways; then will I hear from heaven, and will forgive their sin, and will heal their land.”

I understand this is God’s covenant promise to Israel; however, there are three spiritual truths 21st century believers can and should take from 2 Chronicles 7:14.

The first, nations will face calamitous times…drought (i.e. no rain), adversities of nature (i.e. locusts) and trials and troubles (i.e. pestilence)  (7:13).  The second, God hears and answers the prayer of His people when they humble themselves before the LORD, pray and repent (7:14a).  The third, God will forgive the sins of His people and heal the nation (7:14b). 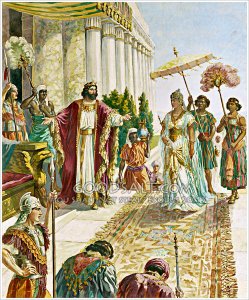 Unlike his father David who of necessity was a man of war broadening and securing the borders of Israel, Solomon’s focus was upon building the cities (8:1-16) and establishing trade with other nations (8:17-18).

The wisdom of Solomon and God’s blessings upon Israel became so renown in his day the Queen of Sheba, an ancient nation in the south of today’s Arabian Peninsula, traveled to Jerusalem to enquire of him and see for herself the splendors of his kingdom (2 Chronicles 9:1-12).  The balance of 2 Chronicles 9 is a record of the vastness and riches of Israel during Solomon’s reign (9:13-28).

2 Chronicles 9 concludes with a reality all men, famous and infamous, rich and poor must face…Death.

2 Chronicles 9:30-31 – “And Solomon reigned in Jerusalem over all Israel forty years. 31  And Solomon slept with his fathers, and he was buried in the city of David his father: and Rehoboam his son reigned in his stead.”

2 Chronicles 10 sets the stage for a tragic time in Israel’s history that will lead to civil war and a divided kingdom.   Having crowned Rehoboam, the son of Solomon, king in his father’s stead, Jeroboam, an old adversary of Solomon returned to Israel after hearing the king was dead (10:1-3). 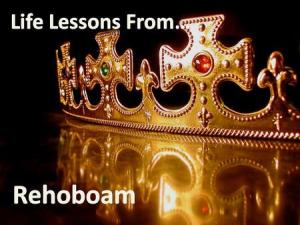 Evidencing the foolishness of youth and inexperience, Rehoboam faced the grievances of the nation with less than grace and humility.   Rejecting the counsel of his father’s older and wiser advisors (10:6-7), Rehoboam heeded the counsel of his peers who, lacking the wisdom of their elders, appealed to the king’s pride and ultimately provoked the people to rebel (10:8-14).

2 Chronicles 10 is a harsh reality too often overlooked during leadership transitions; whether it be a nation, corporation, or a church.   I have observed during my 38 years in ministry a certain undercurrent in institutions and for me, in church ministries.

Regardless of the godly character, strengths and testimony of leaders, they are sinners by nature, weak and flawed.  I have observed the inevitable presence of some in the midst whose nature and bent is to harbor a critical spirit and a certain alienation from leaders.  Both factors are found in 2 Chronicles 10…a flawed, inexperienced new king and an older adversary whom some in Israel perceived a reflection of their own grievances (10:2-5).

Inflamed by a lack of humility and pride on the part of both parties, the conclusion for Israel was as it is too often for churches and institutions…division and demise.

Make no mistake…there is always an undercurrent within a body and wise leaders recognize its danger and exercise wisdom and caution.