Luke 7 records some of Jesus’ greatest miracles: Healing a dying servant in response to a Roman centurion’s faith (Luke 7:1-10; note also Matthew 8:5-13) and raising the son of a poor widow from the dead in a village identified as Nain (7:11-17). 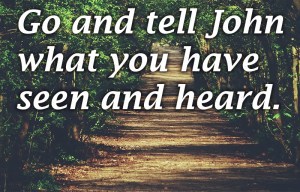 We are also made privy to an intriguing interview when the followers of John the Baptist, the forerunner and maternal second cousin of Christ, come to Jesus desiring on John’s behalf the affirmation that Jesus was the long-awaited Messiah (Luke 7:18-35).  Lest we be tempted to criticize  John the Baptist, we should remember John was in prison after boldly confronting king Herod’s adultery (Luke 3:19-20).  There is little doubt the hardships of prison, his isolation from the people, and knowledge his own life and ministry are nearing the end moved John to seek assurance Jesus was the promised One, Israel’s Messiah.

Rather than rebuke John for doubting, Jesus responded to the questions with reassurances. The first response was in deeds; we read, “in that same hour He cured many of their infirmities and plagues, and of evil spirits; and unto many that were blind He gave sight” (Luke 7:21).  Having performed many miracles, Jesus sent the Baptist’s followers away commanding them, “Go your way, and tell John what things ye have seen and heard; how that the blind see, the lame walk, the lepers are cleansed, the deaf hear, the dead are raised, to the poor the gospel is preached” (Luke 7:22). 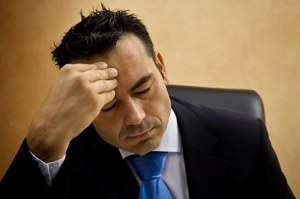 Turning to the people, Jesus affirmed the ministry of His forerunner (7:24-28) and hailed his character saying, “Among those that are born of women there is not a greater prophet than John the Baptist: but he that is least in the kingdom of God is greater than he” (Luke 7:28).

I close with an exhortation to believers: If John the Baptist, the greatest of the prophets (Luke 7:28), could succumb to doubts and fears, realize the same is true of your pastor.

The number of disciples who followed John the Baptist is uncertain; however, in his most vulnerable hour there were “two of his disciples” (Luke 7:19) to whom he expressed his earnest desires and “sent them to Jesus saying, Art thou he that should come? or look we for another?” (Luke 7:19b). 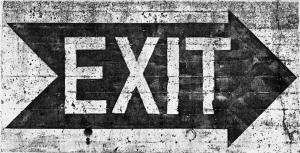 I have learned there are many who follow faithful pastors, but few who encourage them.

John the Baptist had at least “two of his disciples” in whom he confided (Luke 7:19-20); however, I am afraid that number may be two more than many pastors feel they have.

Many pastors quit the pastorate prematurely and the pulpit of many Bible-believing churches has become like a revolving door. Why? Why is the minister retention rate so deplorable in our churches?  I am of the opinion many pastors feel taken for granted and there are few church members who make an effort to encourage them.

A hurting pastor in the midst of his sheep might raise the anxiety level of a church; however, loving, understanding and compassionate church members will get their pastor through dark days and trying times.