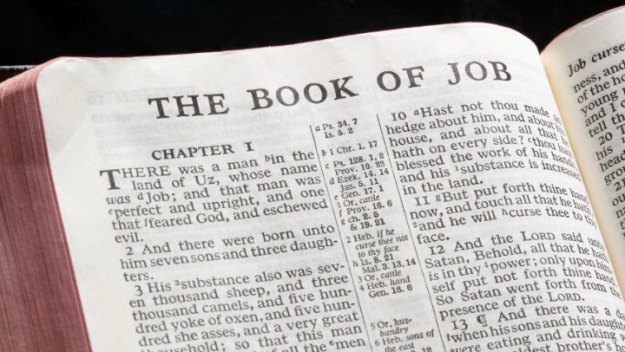 The Book of Job is believed to be the oldest book in the Bible.  It is the ancient story of a man of God that was wealthy beyond our imagination.  A father of seven sons and three daughters whose possessions are tallied as 7,000 sheep, 3,000 camels, 500 oxen, 500 donkeys, and a large household of servants (Job 1:3).

It is not Job’s wealth, but his godly character and walk with God that is the central focus of today’s devotional reading.  We read of Job that he was “perfect [blameless; a man of integrity] and upright [righteous; pleasing to God], and one that feared [revered] God, and eschewed evil [refused sin and wickedness]” (Job 1:1, 8). 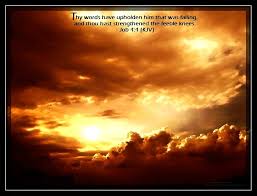 Although a godly man, it appears the same was not true of Job’s adult sons and daughters who are portrayed enjoying feasts, eating and drinking (Job 1:4).  Fearing his children had sinned, Job “offered burnt offerings” reasoning, “It may be that my sons have sinned” (Job 1:5).

Job 1:6 begins the narrative of a heavenly drama between Satan [the fallen angel Lucifer] and the LORD [Jehovah; Eternal, Self-existent God] that was witnessed by the angels of heaven [i.e. sons of God].

Job is the subject of the LORD’s discourse with Satan whom He sets forth as an example of godliness and virtue among the men of the earth (1:8).  Satan, the adversary of God and His people, questioned Job’s spiritual character asking, “Doth Job fear God for nought [lit. for nothing; without cause] ?”  (1:9).

Satan proceeded to assail Job’s virtues and religious piety, suggesting the man only worshipped God because he was blessed with great wealth and possessions (1:10).  Satan asserted, take away his possessions, wealth and health and Job will curse God (1:11; 2:4-6).

Knowing the heart of His servant, the LORD permitted a series of trials and troubles to fall upon Job that ultimately took from him his children (1:18-21), possessions (1:13-17), and his health (2:7).  Remarkably, we read of the man, “In all this Job sinned not, nor charged God foolishly” (1:22).  When his wife turned against him (having likewise lost everything), we read of Job, “…In all this did not Job sin with his lips” (2:10).

Chapter 2 concludes with the arrival of “three friends” who, upon seeing Job, did not recognize the man due to the physical toll of his sufferings and sorrows (2:12a).  Stunned by the losses their friend had suffered, the men wept and then sat in silence commiserating with Job’s sorrows (2:11-13).

“Eliphaz the Temanite” (4:1), one of Job’s friends, questioned if Job would accept his counsel (Job 4:2-6).  Rather than comfort, Eliphaz proposed a question that haunts any given the privilege of ministering to others:

Will you accept spiritual counsel in a time of sorrow and loss or falter in the throes of self-pity?  (4:5-6)

Continuing his argument in Job 5, Eliphaz suggested Job’s losses must be the result of some wickedness he has concealed (the word “foolish” in this chapter is indicative of wickedness). While his reason reflects some truth, Eliphaz’s argument that Job’s losses were God’s judgment was presumptuous. 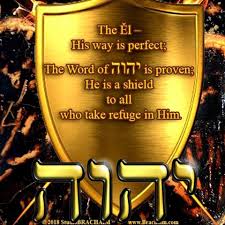 Spiritual Truth: The wicked do suffer loss as a result of God’s punitive judgment; however, He also chastens the righteous with the love of a Father (Proverbs 3:11-12; Hebrews 12:6; Revelation 3:19).  God allows His children to suffer, not because of sin, but as a means of deepening a believer’s walk of grace and dependence on the Lord (1 Corinthians 11:32; Jeremiah 29:11; Matthew 5:11).

You and I cannot understand all that is in the mind of God; however, we must accept He is Sovereign.  Sickness and sorrows are temporal; however, the way of the LORD is perfect (Psalm 18:30).