A period of change, especially in leadership, is a perilous time. Inexperienced leadership and a lack of appreciation for legacy and history invariably leads to decisions and course changes that are ill advised if not detrimental. 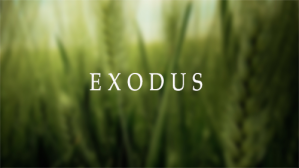 Such is the case in Exodus 1 when we read, “Joseph died, and all his brethren, and all that generation…Now there arose up a new king over Egypt, which knew not Joseph” (Exodus 1:6, 8).

Joseph, a man gifted and blessed by God, providentially rose to become second to Pharaoh in Egypt (Genesis 41:40-43) and the tribes of Israel continued to prosper long after his death (Exodus 1:7-8).

The new Pharaoh did not know Joseph or regard the service he had rendered to Egypt; however, he recognized the population growth of the Israelites in the midst posed a threat to the nation (1:9-10).  Taking extreme measures to limit the growth and influence of the Hebrews, the king commanded a series of heinous steps to limit their population (1:11-22).

Exodus 2 introduces us to a remarkable event: A Hebrew infant adopted by the daughter of Pharaoh (Exodus 2:10). Reminded God is sovereign, infant Moses found favor in the heart of Pharaoh’s daughter and she, having compassion on him, employed Jochebed, the mother of Moses, to be his nurse (2:5-10).

The first 40 years of Moses’ life was that of an Egyptian prince who was favored with the finest education and training in his day (Exodus 2:10; Acts 7:21-22).  In spite of his privileges as the son of Pharaoh’s daughter, the heart of Moses was knit with his Hebrew brethren. One day, incensed by an Egyptian who was beating a Hebrew slave, Moses struck and killed the man (2:11-13).

Learning Pharaoh knew his crime (2:14-15), Moses fled Egypt into the wilderness where he spent the next 40 years of his life (2:16-22; Hebrews 11:24-27).  Humbling himself, Moses, the prince of Egypt accepted the humiliation of a hireling shepherd to a Midianite man named Reul (also named Jethro) whose daughter, Zipporah, he married and to whom two sons were born (Gershom – 2:22 and Eliezer– 18:4). 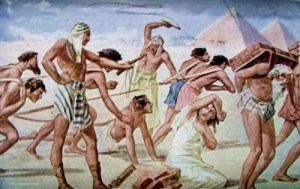 While Moses continued in the wilderness, his Hebrew brethren endured the sorrows and hardships of slavery.  When all hope seemed lost, we read, “And it came to pass in process of time, that the king of Egypt died” (Exodus 2:23) and “God heard their groaning, and God remembered His covenant with Abraham, with Isaac, and with Jacob” (Exodus 2:24).

I wonder if Moses was content to live the rest of his life in the anonymity and solitude the wilderness afforded him.  I do not know the answer; however, I do know the LORD had not forgotten Moses or His people.  When the time was come, God called to him and Moses answered, “Here am I” (Exodus 3:4).

As the LORD gave Moses His plan for delivering His people out of Egypt, Moses said, “Who am I?”(Exodus 3:11). 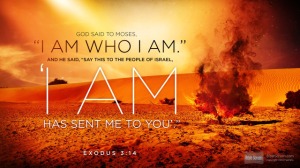 Here is an important truth: It was not important who Moses was. What was important is Who was calling him to serve!

“And God said unto Moses, I AM THAT I AM: and he said, Thus shalt thou say unto the children of Israel, I AM hath sent me unto you” (Exodus 3:14).

What a wonderful spiritual truth! After forty years of solitude in the wilderness, Moses was content to be a nobody; however, the LORD had a plan and a promise. The man who asked, “Who am I?” would realize his full potential as he put his faith in the LORD who called him!