Israel suffered the consequences of her sin as a nation; however, the LORD answered Moses’ intercessory prayer and did not destroy the people altogether (Exodus 32:12-34:28). 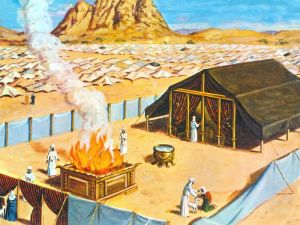 One consequence of the people’s sin was the LORD directing Moses to remove the Tabernacle (the sanctuary symbolizing the presence of the LORD) from the midst of the Tribes and pitch it outside the encampment (33:7).  Each day the people watched from their tents doors as Moses went out of the camp, entered the Tabernacle, and a “cloudy pillar descended” (33:9),  a visible sign the LORD was communing with His servant (33:10).

Among the many statements indicating the special relationship Moses had with God, we read: “11  And the LORD spake unto Moses face to face, as a man speaketh unto his friend. And he turned again into the camp: but his servant Joshua, the son of Nun, a young man, departed not out of the tabernacle.” (Exodus 33:11) 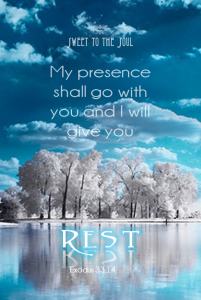 “Face to face”…heart to heart…friend to friend.  We once again find Joshua’s name; a younger man described as the “servant” of Moses and who we know will be his eventual successor. Notice while the “cloudy pillar”, a symbol of the LORD’S glory was there, Joshua remained in the Tabernacle and in His presence.  Exodus 33 concludes with a marvelous event… Moses was blessed to see the heavenly glory of the LORD (33:17-23).

Exodus 34 records the LORD’S request for Moses to hew out two tables of stone and replace the ones he had broken in his rage against the people’s sin.  The LORD then inscribed His Commandments and renewed His covenant with Moses and Israel.

When Moses descended the Mount with the Commandments and the Laws he was to teach the people, his’ face reflected the brightness of the LORD in whose presence he had stayed forty days and nights (34:28-35).

In closing, notice the spiritual attitude and character of the ones the LORD chose to employ in both skilled and menial capacities (35:10-25).

Although short-lived, the unity of those who gave of their possessions and those who labored in the construction of the Tabernacle is noteworthy: They were “wise hearted…stirred…willing…willing hearted” (Exodus 35:10-29).

Are you a servant-hearted, servant-minded believer? Are you wise, discerning, and serving? What manner of man or woman are you?