Leviticus 11 might prove challenging in our non-agrarian day; however, the dietary regulations listed are insightful into the LORD’S loving care of His people, that they may better avoid sickness and disease. Like a shepherd guiding his sheep from harmful plants that were not to be ingested, the LORD instructed His people regarding beasts that were clean and others He deemed unclean and forbidden to be eaten (11:1-3). Examples of forbidden meats are the camel (11:4), “the coney…the hare” (11:5-6) and “the swine” (11:7). 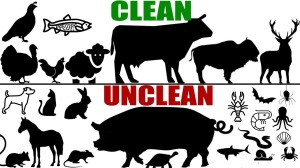 Fish with fins and scales were considered clean and fit to eat (11:9); however, there were water creatures forbidden that include crabs, shrimp, and eels (11:10-12).

Some insects were considered clean (11:21-22); however, those described as “fowls that creep”, meaning flies, wasps, bees, and certain locusts were not to be consumed (11:20).

The ancient scourge of leprosy is the subject of Leviticus 13-14.  Known today as Hansen’s Disease; leprosy is a bacterial, infectious disease.  Treatable, even curable in the 21st century; leprosy was a dreaded disease in ancient times, inevitably leading to its victim’s separation from family and society, and consignment to leper colonies.

The LORD communicated specific instructions to address leprosy in Israel including diagnosing the disease and the exclusion of lepers from the tribes of Israel (Leviticus 13:1-59).  Lepers were required to cry out, “Unclean, unclean” (13:45), as a caution to all who approached. Without a cure, a leper’s only hope was for divine intervention, a miraculous healing, that must be verified by examination and followed with sacrificial offerings (Leviticus 14).

Permit me an observation in closing: 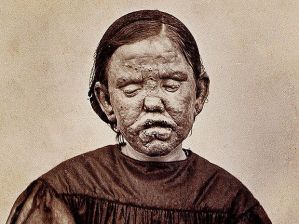 We are sinners and our souls bear the blight of spiritual leprosy…sin.

There was no cure for leprosy in ancient times apart from the priest’s intervention, and there is no cure for the leprosy of one’s soul apart from placing one’s faith in Jesus Christ as Savior. In the words of the prophet Isaiah,

Isaiah 53:4-5 – “Surely he [the Messiah, Jesus Christ] hath borne our griefs, and carried our sorrows: yet we did esteem him stricken, smitten of God, and afflicted. 5 But he was wounded for our transgressions, he was bruised for our iniquities: the chastisement of our peace was upon him; and with his stripes we are healed.”

I invite you to confess the leprosy of your sinful soul and turn to Christ.  Accept Him as your Savior, and be healed.