Our scripture reading today is taken from a section of fifteen psalms, Psalms 120-134, titled “A Song of Degrees”.  The designation “degrees” might refer to one’s elevation or ascent to higher ground and the psalms in this section are believed by some to have been sung by priests ascending the steps to the Temple. 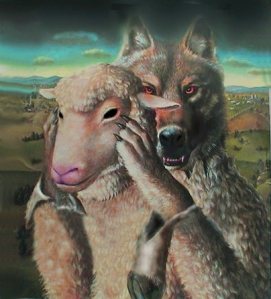 The author of Psalm 120 is believed to be King David and was written as a reflection on a time of trouble and affliction.   The title of Psalm 120 in by Bible is, “David prays against Doeg and reproves his tongue.”  Who was this Doeg and why did he cause David such distress?

We first met “Doeg the Edomite” (1 Samuel 21:7) when he overheard David’s request for bread from Ahimelech, the high priest (21:3-6). Doeg, identified as “a certain man of the servants of Saul” (1 Samuel 21:7), soon after conveyed the news of Ahimelech’s aid as the act of a traitor against the king.  When Saul’s soldiers refused to attack the priests, Doeg rose up and slew eighty-five priests in a brutal act of vengeance (22:16-18).

With that as our background, we understand when David writes, “In my distress I cried unto the LORD, and He heard me” (Psalm 120:1).

David was downcast when he learned the fate of Ahimelech and the priests who had given him bread. Doeg perpetuated the lie that David was Saul’s enemy. David prayed for the LORD to deliver him from his enemies (120:2) and wondered what would become of his enemy (120:3).

David longed for peace, but confessed those who sought him were bent to mischief and hated peace (120:3-7).

Minimizing the Evil Character of An Enemy is Not Only Foolish, It Is Dangerous.  (Psalms 140-142)

Psalm 140 is thought to be the occasion when David fled from the presence of King Saul and was a fugitive in the wilderness.  Scholars believe David penned Psalm 141 when his son Absalom rebelled and forced him to flee Jerusalem.  The circumstance of Psalm 142, is uncertain; however, its message is clear; whenever David faced troubles and the threats of enemies, the first thing he did was pray (Psalm 142:1).

David not only knew his enemy, he defined the character of his enemy: “evil, violent, wicked, and proud.”

Psalm 140:1 – Deliver me, O LORD, from the evil man [wicked; immoral]: preserve me from the violent man [unjust; cruel; malicious]; 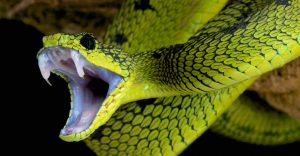 Psalm 140:3 – They have sharpened [pierced] their tongues [talk; speech] like a serpent; adders’ [viper] poison [fury; wrath; rage; indignation] is under their lips. Selah.

Psalm 140:4 – Keep me, O LORD, from the hands of the wicked; preserve me from the violentman; who have purposed [devised; plotted] to overthrow [cast down; i.e. with intent to harm; to drive away] my goings [steps].

David did not make the mistake of some who underestimate their enemy’s malicious ways and evil intent.  He understood his enemies were ever scheming, plotting, fighting, and threatening. He knew they would not tire in their attacks until they realized their objective…to see David overthrown and destroyed.

David’s portrayal of his enemies might shock us in today’s world; however, it should not. Underestimating the evil designs and influence of a foe can prove catastrophic.

I fear there is a naiveté regarding the depths of depravity in the hearts of sinful men. Living in a society set upon political correctness at the rejection of moral absolutes, has produced a reticence among preachers and believers when it comes to identifying and confronting the sins of our nation.

David reminds us it is not enough to know the enemies of the LORD and His people. We must identify what manner of people they are…evil, wicked, violent, and proud (140:1-5).

Paul’s challenge to Timothy from his prison cell in Rome should be our mandate:

2 Timothy 4:2, 5 – Preach the word; be instant in season, out of season; reprove, rebuke, exhort with all longsuffering and doctrine…5  But watch thou in all things, endure afflictions, do the work of an evangelist, make full proof of thy ministry.