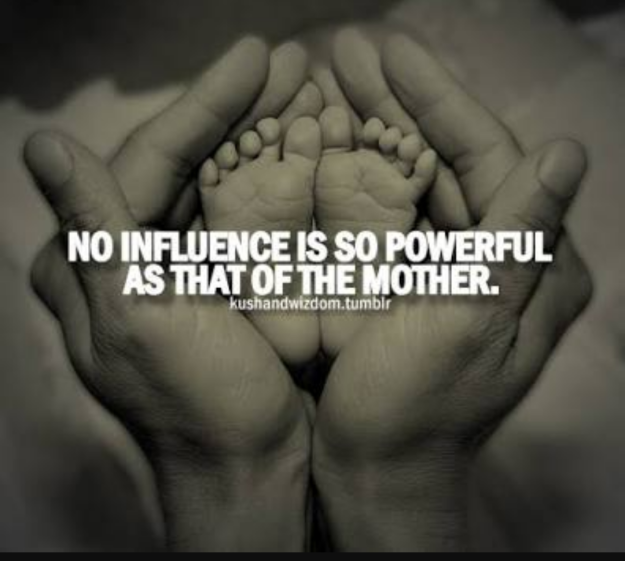 A Bonus Devotional Thought from Heart of a Shepherd.

Proverbs 14:1 – “Every wise woman buildeth her house: but the foolish plucketh it down with her hands.”

The feminist movement of the 20th century, sometimes referred to as the “Women’s Liberation Movement,” did much to seek equality in areas that were justified [i.e. a woman’s right to vote; equal pay for equal work].   However, the diminishing of the role of wife and mother by the same movement has hastened the decay of marriage, family and our society.  In an effort to break what they viewed as the constraints of traditional marriage and home, feminists have attacked and distorted God’s design for the roles of man and woman (Genesis 2:18, 21-25).

The Biblical role of a husband to his wife is that of provider, protector, lover and friend; after all, God’s observation was that “It is not good that the man should be alone”  (Genesis 2:18).   The woman’s role is that of “help meet” to her husband (Genesis 2:18) and “nurturing” mother to her sons and daughters (Proverbs 31).  Sadly, it is the very essence of womanhood and the powerful influence that women have in their traditional roles that feminist have distorted and nearly destroyed.

The powerful influence of the women in our lives and homes is the theme of the opening verse in Proverbs 14.  Solomon draws a contrast between the influence of a woman of wisdom and a foolish woman. 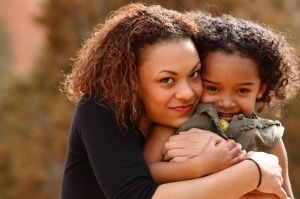 Proverbs 14:1 – “Every wise woman buildeth [establish; construct; manufacture] her house: but the foolish [woman who rejects wisdom and instruction] plucketh it down [beat down; break down; destroy] with her hands.”

A wise woman builds her family (14:1a). The quality of wisdom implied is more than a “love of knowledge;” the implication is that she loves the Lord and His commandments. She is wise because she is spiritually minded and exercises spiritual discernment.

Prov 1:7 – “The fear of the Lord is the beginning of knowledge: but fools despise wisdom and instruction.” 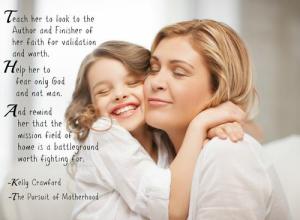 By contrast, a foolish woman (14:1b) destroys her family; she “plucketh it down with her hands”. She is a rebel; rejecting her God-given role, refusing instruction and bristling at correction. She is not spiritually minded, lacks discernment and destroys those closest to her.

For those who have been so blessed, thank God for godly wives and nurturing mothers. Pray for the women in your life, family and church. The responsibility of being a wise woman has never been greater or more needed.  Encourage them; thank them; and praise them.