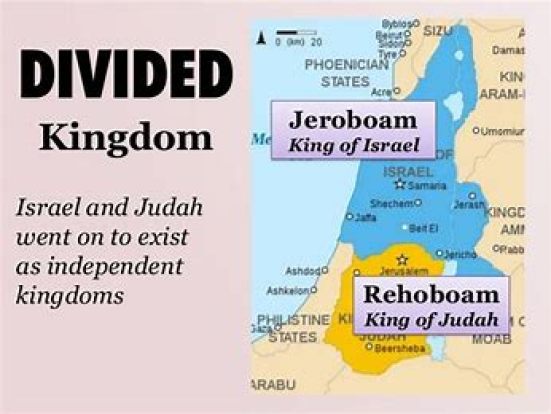 You will find that today’s Scripture reading in 2 Chronicles parallels events that are recorded in our preceding reading assignment (1 Kings 12-14). 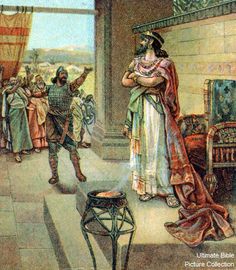 Following the death of King Solomon (2 Chronicles 9:30-31), his son Rehoboam ascended the throne and all Israel came to Shechem to make him king (10:1).

Unfortunately, all was not well in Israel. Though not yet physically divided, the nation was spiritually duplicitous and Solomon’s “heart was not perfect with the LORD his God, as was the heart of David his father” (1 Kings 11:4). The LORD had warned Solomon that his failure to keep the Law and Commandments would be punished by Israel being divided by one of his own servants. The identity of that servant is revealed as Solomon’s old adversary, Jeroboam (2 Chronicles 10:2-3). 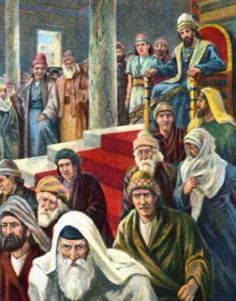 Evidencing the foolishness of his youth and inexperience, Rehoboam faced the grievances of Israel, lacking both grace and humility (10:4-5).  Rejecting the counsel of his father’s older and wiser advisors (10:6-7), Rehoboam heeded the counsel of his peers and the king’s harshness provoked the people to rebel (10:8-14).

Remembering the LORD is sovereign, we read, “So the king hearkened not unto the people: for the cause was of God” (10:15).  The ten northern tribes of Israel, after hearing the king’s words, “went to their tents” (10:16) and “rebelled against the house of David” (10:19).

Under Jeroboam, the ten northern tribes became known as Israel and the tribes of the south, Judah and Benjamin, became one nation known as Judah. King Rehoboam had thought to raise an army to seek the unification of Israel through war; however, the LORD sent a prophet named Shemaiah and deterred him from provoking war against his brethren (11:1-4). Dissuaded from civil war, Rehoboam set about building fortresses (11:4-12) to strengthen Judah against the battles that would be provoked by a divided kingdom.

We read “the priests and the Levites that were in all Israel resorted to [Rehoboam] out of all their coasts [borders; i.e. cities and lands in Israel]… and came to Judah and Jerusalem: for Jeroboam and his sons had cast them off [i.e. cut them off] from executing the priest’s office unto the LORD” (11:13-14).

True to the character of a godless politician, Jeroboam consolidated the northern ten tribes not only politically, but spiritually. He instituted a new religion worshipping calves, ordaining “priests for the high places, and for the devils, and for the calves which he had made” (11:15). Thankfully we read that there were a few left in Israel who “set their hearts to seek the LORD God of Israel” and they continued to worship in Jerusalem (11:16).

For three years, Rehoboam exercised the wisdom passed on to him by his father; however, it was his father’s proclivity to lust and immorality that proved to be his own destructive pattern of sin (11:17-23).

2 Chronicles 12 – The Menace of Pride and Arrogance

Comfortable in his palace and with Judah secured and strengthened, Rehoboam “forsook the law of the LORD, and all Israel with him” (12:1-2).

The LORD brought Shishak, king of Egypt against Judah. The prophet Shemaiah declared that the sins of Rehoboam were to be punished by the LORD delivering his kingdom over to serve Egypt (12:1-5). Hearing the warning of the LORD’s displeasure, the king and his leaders humbled themselves before the LORD, Who in His mercy, spared Judah from destruction (12:5-8).

Adding to Judah’s humiliation, Shishak removed “shields of gold which Solomon had made” from the walls of the palace (12:9).  Rehoboam, perhaps to save face in front of his people, contented himself with a counterfeit of the glory that once belonged to his kingdom, and “made shields of brass” to replace the “shields of gold” (12:10).

What a tragedy! Where shields of gold once reflected God’s glory and blessings upon Israel, shields of brass, cheap imitations made of tin and copper, masked the miserable state of the nation! 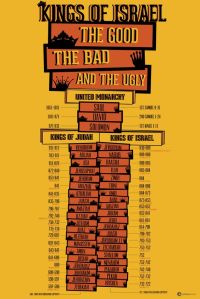 I close pondering what lessons we might take from today’s Scripture.

Is it possible that, like Judah of old, our nation’s wealth and prosperity has deceived us? In the same way Rehoboam became servant to Egypt and counterfeited the loss of his “shields of gold” with brass shields, I fear we have become a nation enslaved to a mounting debt we owe to enemies committed to our own demise.

The United States has rejected the LORD, His Word, Law and Commandments. Is it possible our nation’s pursuit of the pleasures of sin has blinded us to the warnings of the evangelists of old… There is a pay day someday!