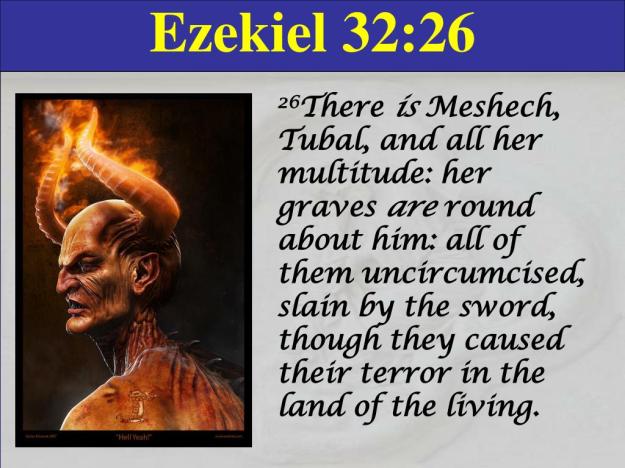 Ezekiel’s prophetic warnings of God’s judgment continues in today’s Scripture reading (Ezekiel 31-33). Though Israel and Judah’s rebellion had provoked God’s judgment; it was the heathen nation’s oppression of His people that provoked His wrath. The year is believed to be 587 B.C. (31:1), and Nebuchadnezzar’s army is in the midst of its final siege of Jerusalem. 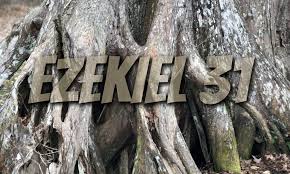 Ezekiel 31 portrays the king of Assyria as a “cedar in Lebanon” whose height, breadth, and beauty illustrated the vast wealth and power of that nation among the nations (31:3-17).  The “Assyrian” had been felled by the army of Babylon and its defeat caused all the nations to tremble (31:16-17).

Assyria had been without equal at the height of its power. Its land was well-watered, like the Nile River served Egypt (31:4). The leaders of Assyria had believed they were unconquerable in their day (31:7-9) and they were the envy of the ancient world.

As with all nations, Assyria’s fate and final defeat were brought about because of the weight of her wickedness (31:10-11). Ezekiel pronounced God’s judgment, declaring that “strangers” (i.e. Babylon) would “cut him off” and the nation would be abandoned by her allies (31:12). God declared He would dry up the waters of the land (31:14-15) and Assyria would be cast into hell and “descend into the pit” (31:16).

Ezekiel 31:18 sums up the judgment of Assyria, declaring the fall of that wicked nation should serve as a warning to Egypt who face the same judgment and go “unto the nether parts of the earth” (meaning Sheol or hell) where the “uncircumcised,” the unbelievers, the wicked will be punished in everlasting fire.

The calamity of God’s judgment that would come upon Egypt would serve as a warning to other nations (32:1-10).   Leaving no room for ambiguity, the “king of Babylon” was declared to be God’s agent of judgment and the defeat and desolation of Egypt was ascertained (32:11-15).

Picturing Hell for what it is, a place of death and torment for lost souls who have rejected the LORD (32:17-32), Egypt was warned the nation would fall, its lands left desolate and destitute (32:15). The other nations would witness in horror the defeat of Egypt and be reminded that the God of Israel is the LORD (32:15-16).

Like all the nations that had gone before Egypt and made their graves in hell, Ezekiel warned that Pharaoh and Egypt would be sentenced with the dead in hell and the terror of the LORD would rest upon the remaining nations (32:31-32).

Ezekiel 32:31-32 – 31  Pharaoh shall see them, and shall be comforted over all his multitude, even Pharaoh and all his army slain by the sword, saith the Lord GOD. 32  For I have caused my terror in the land of the living: and he shall be laid in the midst of the uncircumcised with them that are slain with the sword, even Pharaoh and all his multitude, saith the Lord GOD.