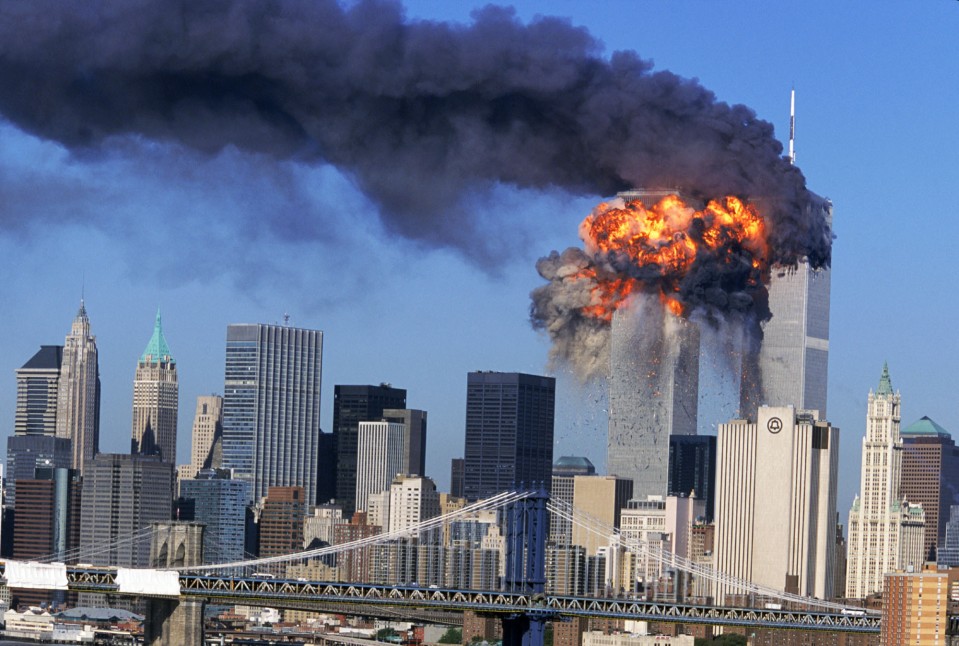 SEVENTH IN A PACKAGE OF NINE PHOTOS. An explosion rips through the South Tower of the World Trade Towers after the hijacked United Airlines Flight 175, which departed from Boston en route for Los Angeles, crashed into it Sept, 11, 2001. The North Tower is shown burning after American Airlines Flight 11 crashed into the tower at 8:45 a.m. (AP Photo/Aurora, Robert Clark)