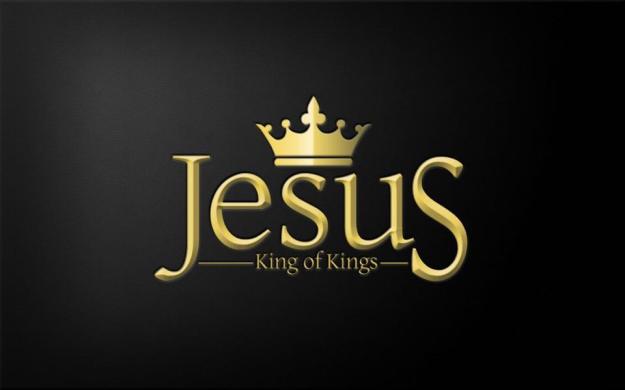 Matthew 1 – The Genealogy of Jesus Christ

The Gospel of Matthew is the first of the New Testament books and is a history of the conception, virgin birth, life, and earthly ministry of Jesus Christ. Believers who are young in their faith, might find the first seventeen verses of Matthew’s Gospel to be a tedious undertaking. The reader finds a long list of names that are difficult to pronounce, spanning forty-two generations, and to a casual student of the Bible, seem to have little significance.

Why all those names? Matthew 1:1-17 is a chronicle of the human ancestry of Jesus Christ beginning with Abraham (1:2), through “David the king” (1:6), and culminating with “Joseph the husband of Mary, of whom was born Jesus, who is called Christ” (1:16).

Notice that Matthew does not state that Joseph begat Jesus, but rather, that he was the “husband of Mary” (1:16). Matthew stakes Christ’s claim as heir to the throne of David, through the lineage of Joseph, his adopted earthly father and he was “the husband of Mary, of whom was born Jesus” (1:16-17). Luke records in Mary’s lineage that Jesus “was [legally] supposed the son of Joseph” (Luke 3:23). And so the opening verses of the Gospel of Matthew give proof that Jesus was the legitimate heir to the throne of David and the covenant promise the LORD made to Abraham (“…in thee shall all families of the earth be blessed” – Genesis 12:3).

Among the men named in the lineage of Christ are the names of five women, who individually are testimonies of God’s grace:  Tamar (1:3), who played a harlot and bore two sons to Judah, who was the beginning of the royal lineage of Israel;  Rahab (1:5), a prostitute of the city of Jericho hid Israel’s spies in her home; Ruth (1:5), a Moabitess, a descendant of Lot’s incest with his oldest daughter; Bathsheba (1:6), who though not named, is identified as “her that had been the wife of Urias;” after she committed adultery with King David and later bore him a son named Solomon; and lastly there was Mary (1:18), a virtuous, but humble peasant girl of Nazareth whom God chose to be the virgin mother of Jesus Christ. 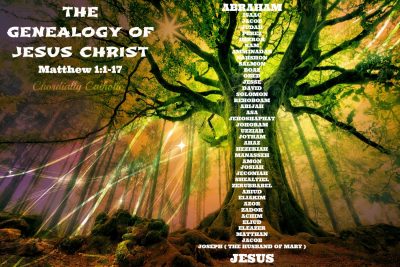 Take a moment and ponder those women named in the lineage of Christ: Deceiver, prostitute, child of an incestuous line, an adulterer, and a virtuous, but humble peasant girl. “Scandalous”, you say? Yes, but they are all testimonies of the same mercy and grace, by which all sinners might be saved.

Think you will never be “good enough” for God?  You are right; however, God’s grace, love and forgiveness, is extended to all who turn from their sin and come to Him by faith through the sacrificial death and resurrection of His Son Jesus (Romans 3:23-25).

Romans 5:8-9 – “8  But God commendeth his love toward us, in that, while we were yet sinners, Christ died for us. 9  Much more then, being now justified by his blood, we shall be saved from wrath through him.”