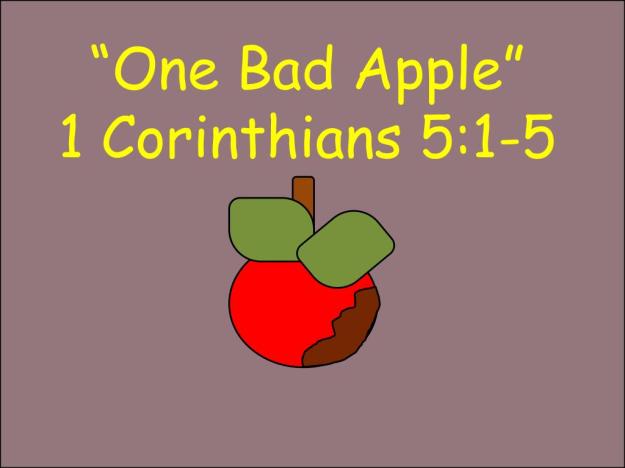 We continue our reading of Paul’s first letter to believers in Corinth. Though our Scripture reading is 1 Corinthians 5-8, today’s devotional will be focused on the introductory verses of 1 Corinthians 5.

Paul had received news of troubles, trials, and sin issues that had arisen in the church of Corinth. He had heard how believers tolerated gross immorality, and he was writing to challenge, exhort, and command believers to condemn sin in their midst.

1 Corinthians 5:1 – “It is reported commonly that there is fornication [sexual immorality; adultery] among you, and such fornication as is not so much as named among the Gentiles, that one should have his father’s wife [referring to the sin of incest].”

The latter phrase, “his father’s wife” (5:1), would indicate that the sin was one of incest with the man’s stepmother, and not his mother. Nevertheless, although the heathen of Corinth practiced idol worship and tolerated all manner of sexual perversity in the name of religion, a son lying with his father’s wife was loathed even by Corinthian society.

Rather than shame, the believers in Corinth boasted of their tolerance, being “puffed up” (5:2). Though unable to be present and deal with the wickedness himself (5:3), Paul left no doubt what they were expected to do. With the authority of Christ (5:4), he commanded that the immoral son be “taken away” (5:2, 5), cast out of their midst, and delivered “unto Satan for the destruction of the flesh, that the spirit may be saved in the day of the Lord Jesus” (5:5).

The purpose of the discipline, and the removal of the man from their fellowship was that he would bear the weight of his sin (shame, physical sickness and disease, or death). The spiritual goal was to see the man repent of his sin, before he faced “the day of the Lord Jesus,” meaning the judgment of God (5:5).

The 21st century church is little different from the 1st century church of Corinth when it comes to addressing sexual immorality in its fellowship. Fornication (sexual immorality outside the covenant of marriage), adultery, and divorce are rampant. Pornography, which is the sin of adultery (Matthew 5:28) is epidemic. Sadly, the pulpits of America are themselves wrecked with sexual scandals. 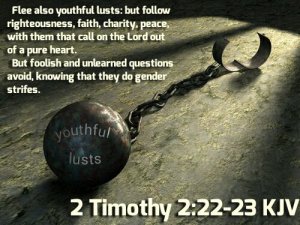 I fear one of the major reasons the church has lost its power and influence (Matthew 5:13-16) in the world is because believers have failed to address sexual sins in the midst. Oh, that all believers would hear and heed Paul’s exhortation:

2 Timothy 2:22 – 22 Flee also youthful lusts: but follow righteousness, faith, charity, peace, with them that call on the Lord out of a pure heart.