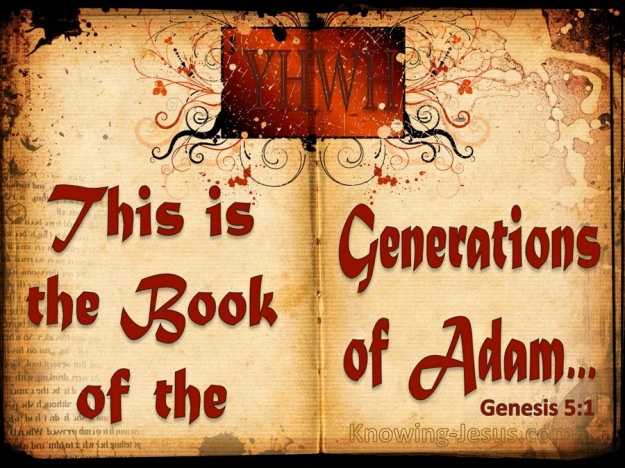 Genesis 4 concluded with Cain being driven from the presence of Adam’s household (4:12-16),and him taking a wife, and establishing an ungodly lineage (4:17) that would be the curse of righteous men (4:18-24).

Several sons and daughters were born of Adam and Eve’s union (5:4); however, it was a son whom Eve named Seth that God chose as His godly lineage (4:25). Seth had a son whom he named Enos, and then we read, “then began men to call upon the name of the LORD” (4:26).

Genesis 5 – A Tale of Two Lineages

Before we identify the two lineages that proceeded from Adam and Eve, consider for a moment the incredibly long life spans of the men of these first generations. For instance, Adam lived 930 years (5:4); his son Seth lived 912 years (5:8); and Enos lived 905 years (5:11). How might we explain the longevity of early human life?

Various scholars have tackled that question, and many have scoffed at the possibility of men living nine hundred years or more. Although not original with me (and I do not know whom to cite as my source), there are generally two explanations: That earth’s atmosphere was an expanse of water “above the firmament” (1:7) and therefore shielded man and the world from harmful environmental factors that hasten aging (an example would be the cosmic rays of the sun). A second explanation for longevity, and one I believe is most important, is that the human race was more genetically pure, and there was less disease and sickness. By the way, the longevity of man in those early centuries would have contributed to a boom in population growth that some have estimated might have reached billions of souls before the Flood!

The ungodly lineage of Cain was recorded in Genesis 4:16-24, but remember only a few of his descendants are named, and only because of their important role in the Biblical narrative. I hope to address Cain’s lineage at a later time.

The godly lineage of Adam, through his son Seth is given in Genesis 5 and takes us through to the birth of Noah, and his three sons, “Shem, Ham, and Japheth” (5:32).

Like our day, the world of Noah’s day before the Flood evidenced not only a population explosion, but also a wickedness that motivated God to intervene, allowing the Flood to cleanse the earth, in preparation for His promise of a Redeemer to be fulfilled. Once again, we are made privy to the thoughts and heart of God.  Seeing the proliferation of sin in the world, the LORD avowed, “My spirit shall not always strive with man, for that he also is flesh: yet his days shall be an hundred and twenty years” (6:3). 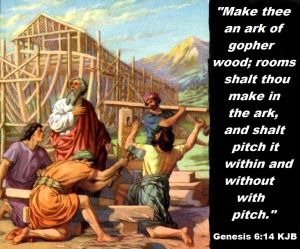 The heart of man had become so consumed with wickedness, that even the godly lineage (“the sons of God”), intermingled with the “daughters of men” (6:4, I believe a reference to the line of Cain). God determined, “every imagination of the thoughts of [man’s] heart was only evil continually” (6:5). Grieved by the wickedness of man, the LORD declared, “I will destroy man whom I have created from the face of the earth; both man, and beast, and the creeping thing, and the fowls of the air; for it repenteth me that I have made them” (6:7).

I close inviting you to consider an incredible phrase, and a wonderful doctrine:

“8 But Noah found grace in the eyes of the Lord” (6:8). The statement concerning Noah’s spiritual relationship continues: “Noah was a just man and perfect in his generations, and Noah walked with God” (6:9).

Genesis 6:8 is the first mention of God’s “grace” in the Scriptures (although amazing grace was evident when the LORD sacrificed to cover Adam and Eve’s nakedness with skins).

How did Noah respond to God’s gracious commandment to build an ark to the saving of his house, and thereby establishing His covenant (6:18)? He responded in the same way that all sinners must to be saved…Faith. Noah believed God!

Hebrews 11:7 – “By faith Noah, being warned of God of things [and events] not seen as yet, moved with fear [took heed of God’s warning and used due diligence], prepared an ark to the saving [deliverance] of his house; by the which [FAITH] he condemned the world [of unbelief], and became heir of the righteousness which is by faith.”

Noah’s faith in God was expressed in his obedience: “Thus did Noah; according to all that God had commanded him, so did he” (6:22).

What of your faith? What do your works say about your faith, and trust in God? After all, “faith without works is dead” (James 2:20).