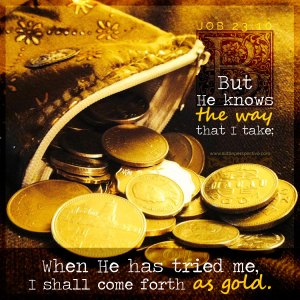 Job’s response to Eliphaz began in Job 23, and continues in Job 24. His friends had slandered his character, and accused him of some great evil; however, Job had continued to maintain his innocence. He had suffered overwhelming afflictions, and felt abandoned by God (Job 23). He had lamented, if only God would give him a hearing, he would argue his troubles were greater than his sins (23:1-7). Yet, Job was comforted (23:8-12). He had been wrongly accused, but he was confident that God knew he was a man of integrity, and that he sincerely desired to walk in His commandments (23:10-12).

Job had been accused of gross wrongdoing, and those accusations had left him wondering why he, an innocent man, had suffered so many sorrows, while the wicked seemed to prosper and go unpunished? Job pondered the sins of the wicked, and marveled that they seemed to prosper (24:2-17).

Some men are murderers, and adulterers (24:14-17). Murderers plot and prey upon the poor and needy (24:14), and adulterers wait for the twilight of the evening, and disguise their faces to avoid recognition (24:15). They mark the houses in the daytime, and enjoy the shadows to conceal their sins in the darkness (24:16-17).

Job agreed with his friends, the wicked will not go unpunished. They steal the fruits of other men’s labor, because they are unwilling to toil in their own vineyards (24:18). Nevertheless, like “drought and heat consume the snow,” the wicked will eventually go the way of all sinners, to “the grave” (24:19). 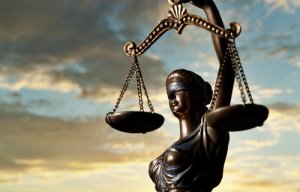 The destiny of the wicked is inevitable: “20The womb shall forget him; the worm shall feed sweetly on him; He shall be no more remembered; And wickedness shall be broken as a tree” (24:20). Rich or poor, famous or infamous, powerful or weak, the bodies of the dead eventually become the food of worms. While the most stately of trees will eventually be broken and fall, the bodies of the most powerful will inevitably decay in their graves.

We may wonder why God is so patient with the wicked, and his pernicious ways. We can be assured of this, “His eyes are upon their ways” (24:23).

Proverbs 15:3 – 3The eyes of the Lord are in every place, Beholding the evil and the good.