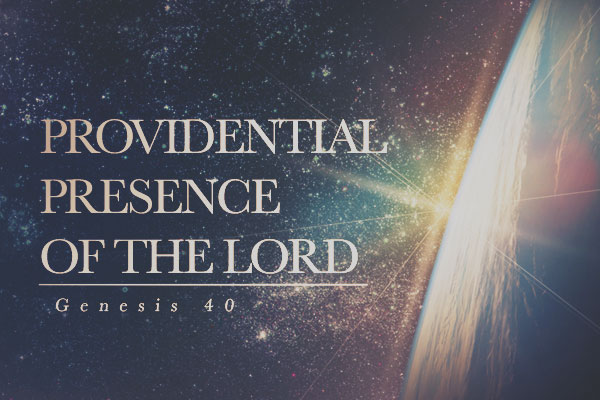 We concluded our study of Genesis 39, and left Joseph imprisoned for a false charge made by Potiphar’s wife (39:11-20). Remembering that Potiphar was “an officer of Pharaoh, captain of the guard” (39:1), I am of the opinion that he did not fully trust his wife’s word, for surely her charge of attempted rape would have been a capital offense (some scholars believe Potiphar might have served as the executioner).

Rather than a sentence of death, Joseph found himself in prison. Characteristic of the man of faith he was, he did not allow his circumstances to dictate his outlook. In fact, we read, “the Lord was with him, and that which he did, the Lord made it to prosper” (39:23). Joseph understood what the psalmist observed when he wrote, “As for God, His way is perfect” (Psalm 18:30). The truths he had learned of the LORD from his father, and the dreams and visions he had been given in his youth (Genesis 37), continued to resonate in his soul.

Genesis 40 – No Time for Prison Blues

Having been charged with the responsibility of “all the prisoners that were in the prison” (39:22), Joseph was serving when two prominent servants of Pharaoh’s house, “the chief of the butlers [and] the chief of the bakers” were conveyed to the prison (40:1-2). The nature of the offense those men had committed against Pharaoh is not revealed, but in the providence of God, Joseph was charged by the captain of the guard to serve them (40:4).

The chief butler (most likely a cup bearer, and therefore the most trusted of Pharaoh’s servants), and the chief baker, both “dreamed a dream” (40:5-11), and were greatly disturbed by what their dreams might forebode. Neither time, nor space permits an exhaustive study of the dreams; however, Joseph’s interpretation of them (40:12-23) left the chief butler optimistic that he would be restored to his post in three days (40:12-13). Joseph requested that the butler remember him, and appeal to Pharaoh on his behalf (40:14-15). The interpretation of the chief baker’s dream was that in three days, he would be hanged “on a tree; and the birds shall eat thy flesh from off thee” (40:18-19).

Three days passed, and the chief butler was restored, while the baker was executed according to Joseph’s interpretation of his dream (40:20-22). Joseph’s desire to be remembered by Pharaoh’s butler; however, appeared to end in disappointment when we read, “Yet did not the chief butler remember Joseph, but forgat him” (40:23).

Genesis 41 – Forgotten by Man, But Not by God

Two years passed before the butler gave any thought of the man who had interpreted his dream in prison (41:1a). That would have been demoralizing for most men; however, there is no hint that it affected Joseph’s service. In fact, he was faithful to his task, until God was ready to promote him. 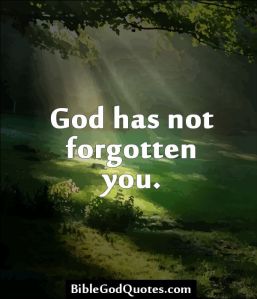 In the providence of God, “Pharaoh dreamed” (41:1), and the dreams were so disturbing that the king “was troubled; and he sent and called for all the magicians of Egypt, and all the wise men thereof: and Pharaoh told them his dream; but there was none that could interpret them unto Pharaoh” (41:8).

Thus the stage was set for Joseph, and the butler confessed to Pharaoh, “I do remember my faults this day” (41:9). Giving credibility for his recommendation, the butler recalled how his and the baker’s dreams were interpreted, and came to pass as Joseph had prophesied (41:10-13).

Anxious to know the interpretation of his dreams, Pharaoh commanded that Joseph be brought from prison and to his throne (41:14). Imagine what a glorious moment that was in Joseph’s life! In an instance, at a time providentially appointed by the LORD, Joseph hastened to prepare himself to stand in the presence of the most powerful figure in the world (41:14). “15And Pharaoh said unto Joseph, I have dreamed a dream, and there is none that can interpret it: and I have heard say of thee, that thou canst understand a dream to interpret it” (41:15).

Deflecting any praise for himself, “Joseph answered Pharaoh, saying, It is not in me: God shall give Pharaoh an answer of peace” (41:16). Pharaoh then shared his dreams of seven emaciated cows devouring seven healthy cows (41:17-21), and seven blighted ears of grain devouring seven healthy ears (41:22-24). The king confessed, “I told this unto the magicians; but there was none that could declare it to me” (41:24).

God sovereignly revealed the significance of Pharaoh’s dreams to Joseph, who then gave the interpretation to the king, and advised him to “look out a man discreet and wise, and set him over the land of Egypt” (41:33). Joseph went on to suggest the administration that would be necessary to implement a storage of grain, not only to save Egypt, but also her neighbors from starving when the famine persisted for seven years (41:34-37).

Pharaoh, recognizing in Joseph not only wisdom, but that he was “a man in whom the Spirit of God is” (41:38), appointed him to serve Egypt, as second only to himself (41:33-44).  Only thirty years old when he was promoted (41:46), Joseph was entrusted with the granaries of Egypt as that nation prepared for seven years of famine that would follow seven years of plenty (41:45-57).

Genesis 41 closes with a revelation: “All countries came into Egypt to Joseph for to buy corn; because that the famine was so sore in all lands” (41:57).

The stage is set for a family reunion that would fulfill Joseph’s dreams.