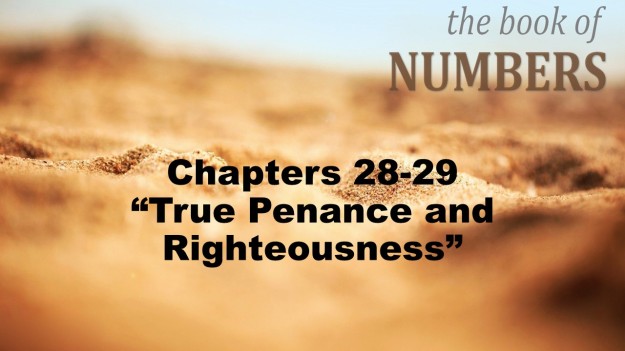 Today’s Scripture reading is the first of two chapters that reviews the Law of Offerings (Numbers 29 being the other chapter). Given the Scriptural context, a review of sacrifices seems out of place; after all, with the census of the tribes complete (not only numbering the men of war, but serving as the basis for assigning the tribal lands), one would think it is time to go to war! Instead, lest the people forget to honor the LORD with offerings, a review of the sacrifices begins, and the people are reminded they are commanded by the LORD.

The four types of sacrificial offerings are prescribed in Numbers 28.

The first is the daily offerings, also known as the burnt offering (28:1-8). The daily offerings consisted of two lambs that were to be “of the first year without spot” (28:3). The first lamb was to be offered and sacrificed in the morning, and the second was offered in the evening (28:4). The lamb offered in the evening was accompanied by a drink offering of the best wine (described as “strong wine”), and flour or grain (defined as a meat, or meal offering, 28:4-6). The morning and evening offerings were sacrifices offered by the priests on behalf of the nation, and were a daily reminder of Israel’s dependence of God’s grace.

Sabbath day offerings, described in Numbers 28:9-10, were weekly offerings, in addition to the daily offerings. They were observed by Israel on the Sabbath, and were a reflection on the Creator resting on the seventh day.

There was also the New Moon Offering (28:11-15), and it was observed “in the beginnings of your months” (28:11), and was a “burnt offering unto the Lord; [and consisted of] two young bullocks, and one ram, seven lambs of the first year without spot” (28:11). The New Moon Offering sanctified the month that was ahead, and was a reminder that the LORD is both the Creator and Sustainer of His creation.

Israel was to observe several festivals, referred to as the Feasts of the LORD (28:16-29:40). The Passover was observed on “the fourteenth day of the first month” (28:16). The week following the Passover meal was identified as the Feast of Unleavened Bread (28:17-25). Lasting for seven days, in addition to the daily offerings, the days of the Feast of Unleavened Bread required an additional sabbath of rest (28:18), and the same sacrifices as the New Moon Offering on each of the seven days (28:19-22).

Pentecost, identified as the fiftieth day after the Passover, was known as the Feast of Weeks, or the Harvest Feast (28:26-31), and was the day the “firstfruits” were offered to the LORD (the first-fruits were the first to ripen). Burnt offerings also accompanied the “firstfruits” (28:27-31).

A closing thought: The sacrifices required, and the number of sacrifices commanded by the LORD, may surprise young believers, and those unfamiliar with the Old Testament Scriptures. All the sacrifices served as a constant reminder to Israel of that nation’s dependence on God’s grace, mercy, and forgiveness.

We who have trusted Jesus Christ as Savior, are not required to offer those types of sacrifices, because they were all types of the ultimate, and final sacrifice – Jesus Christ. Instead, we are to offer sacrifices of prayer, and praise to the LORD, and our “bodies a living sacrifice, holy, acceptable unto God” (Romans 12:1).

Hebrews 7:27 – “Who needeth not daily, as those high priests, to offer up sacrifice, first for his own sins, and then for the people’s: for this he [Jesus Christ] did once, when he offered up himself.” 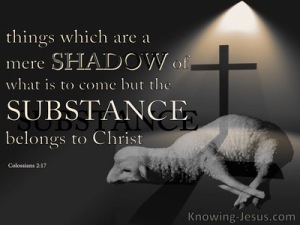 1 Peter 3:18, 20 – “18For Christ also hath once suffered for sins, the just for the unjust, that he might bring us to God, being put to death in the flesh, but quickened by the Spirit.”

Knowing the “wages of sin is death,” we who trust Christ as Savior, have the promise of eternal life, for “the gift of God is eternal life, through Jesus Christ our LORD” (Romans 6:23).

Is He your Savior?