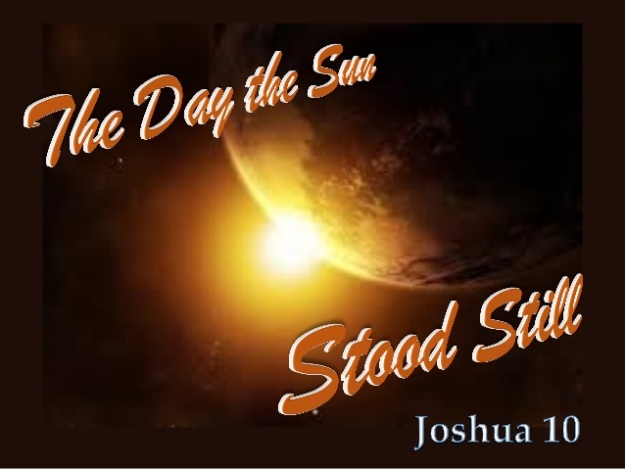 Joshua 9 – The Enemy, of My Enemy, Is My Friend

The defeat and destruction of both Jericho and Ai, moved other kings in Canaan to set aside their rivalries, and form confederacies to challenge Israel’s invasion of the land (9:1). And so, “they gathered themselves together, to fight with Joshua and with Israel, with one accord” (9:2). 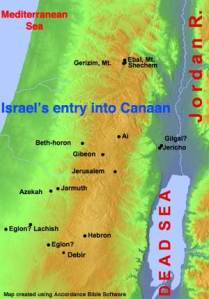 One city-state, Gibeon, believed all they had heard regarding Israel, and “what Joshua had done unto Jericho and to Ai” (9:3). Joshua 10 reveals that Gibeon, was “one of the royal cities, because it was greater than Ai, and all the men thereof were mighty” (10:2).

Believing it was inevitable that Israel would attack Gibeon in the manner of Jericho and Ai, the Gibeonites determined to pursue peace with Israel (9:4). Sending ambassadors, by craft and deceit, the men of Gibeon made Joshua and the elders believe they had traveled a great distance, and from a far country (9:5-13).

Assessing the old shoes, and clothes worn by the men of Gibeon, and the moldy bread and patched wine skins, the leaders of Israel believed the Gibeonites were from a far country. Joshua and Israel then committed a grave error: They failed to seek the “counsel at the mouth of the LORD” (9:14). 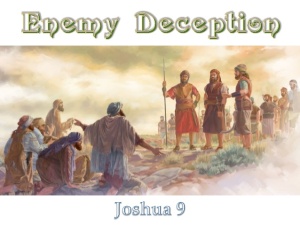 “Joshua made peace with [the Gibeonites], and made a league with them, to let them live: and the princes of the congregation sware [an oath] unto them” (9:15). Three days passed, and the news reached Joshua that the Gibeonites had deceived the leaders of Israel, and the cities of Gibeon were no more than a three-day journey from their encampment (9:16-17). The congregation began murmuring against Joshua and their leaders, knowing they had made an accord with an enemy (9:18).

Although the Gibeonites had come under false pretenses, the leaders of Israel reasoned with the people they could not break their oath (9:19-20). A compromised was pursued, and it was determined that the Gibeonites would assume the lowest positions of servitude, and become woodcutters, and water carriers (9:21-27). 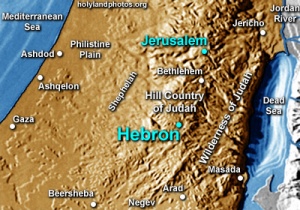 Because Gibeon was a great city, and one whose men were mighty (10:2), the Gibeonites treaty with Israel became a cause of great concern for their neighbors (10:1). Adon-zedek king of Jerusalem, the city closest to Gibeon, formed an alliance with five Amorite kings (10:3), and “encamped before Gibeon, and made war against it” (10:4-5).

The men of Gibeon, appealed to Joshua and Israel to fulfill their treaty, and come to their defense (10:6-7). With the LORD’S assurance that He would be with him, Joshua and his army marched through the night (10:8-9), and attacked the kings encamped against Gibeon. The LORD sent confusion among the Amorites, and as they fled, He “cast down great [hail] stones from heaven…[and] they were more which died with hailstones than they whom the children of Israel slew with the sword” (10:10-11). 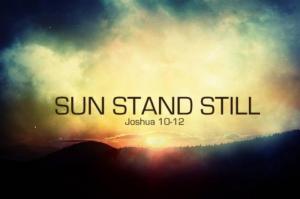 Joshua, desiring to utterly destroy the Amorites, called upon the LORD, “and he said in the sight of Israel, Sun, stand thou still upon Gibeon; And thou, Moon, in the valley of Ajalon. 13And the sun stood still, and the moon stayed…And hasted not to go down about a whole day” (10:12-13a).

What a great day it was, and one Israel would forever remember, for “there was no day like that before it or after it, that the Lord hearkened unto the voice of a man: for the Lord fought for Israel” (10:14). God blessed Joshua, and the five Amorite kings were captured, humiliated, and put to death. Their bodies hung upon five trees until the evening (10:15-27). 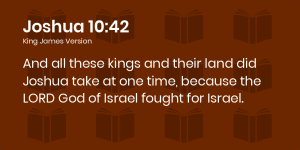 A summary of the Israel’s victorious southern campaign was recorded, and concludes with the testimony:

“All these kings and their land did Joshua take at one time, because the Lord God of Israel fought for Israel” (10:42).