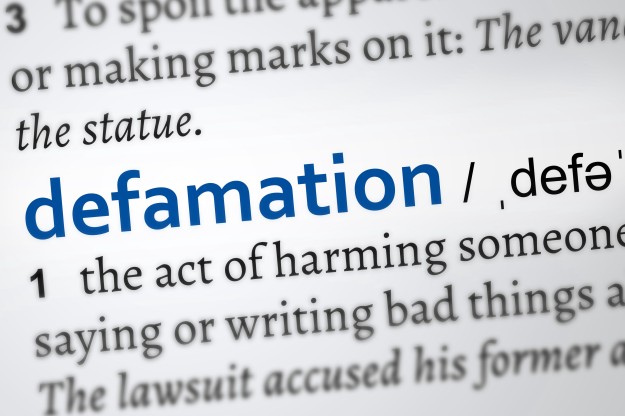 Today’s Scripture reading consists of two passages of Scripture, but one event. 2 Samuel 10 and 1 Chronicles 19are focused on one historical event. I am choosing 2 Samuel 10 as the passage for today’s devotional. 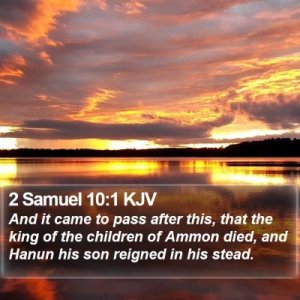 The phrase, “and it came to pass” (10:1a) begs a brief recap of events that immediately precedes our study in 2 Samuel 10. You might remember how David had sought if any man of King Saul’s lineage was still alive. When David received the news that there was one lone survivor of Saul’s lineage, Mephibosheth, the son of Jonathan (9:5), he summoned for him to appear before him.

Fulfilling his covenant to be a blessing to Jonathan’s lineage, David extended a gracious invitation to Mephibosheth, and invited him to “eat continually at the king’s table” (9:7, 10, 13) with his own sons. Mephibosheth, though lame, was privileged to once again live as a prince.

What came to pass? David had received news that “Nahash the king of the children of Ammon died, and his son reigned in his stead” (1 Chronicles 19:1). The king remembered a past kindness shown to him by Nahash, and felt it behooved him to send ambassadors to extend sympathy and condolences to Hanun, Nahash’s son and heir (10:2).

Coming “into the land of the children of Ammon,” Ammonite counselors convinced Hanun that David had not sent ambassadors, but spies to discover the nation’s weaknesses (10:3). Trusting his counselors, and failing to examine the Israelite men himself, Hanun betrayed David’s trust and humiliated the Israelite men, shaving half their beards, and cutting off their robes (10:4). 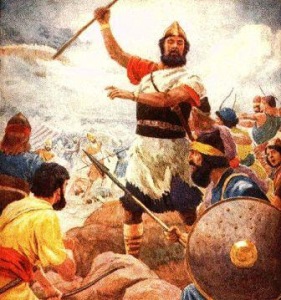 Although defeated in their initial skirmish with Israel, the Syrians gathered a greater army against Israel (10:15-17). David himself led Israel to battle, and soundly defeated Syria, slaying seven hundred men who drove chariots, forty thousand horsemen, and Shobach, the captain of the Syrian army (10:18). Israel’s success against Syria moved the kings of other nations to make peace with Israel, and come under tribute to David (10:19).

Closing thoughts – What can we take from today’s study? Perhaps the most prominent lesson is the need to search out a matter, and seek the truth first, before charging someone with wrong motives, or wrongdoing. David’s desire had been to extend sympathy and comfort to the Ammonites upon the death of King Nahash (10:1-2).

Tragically, the Ammonite counselors accused David of sending men to spy out the land (10:3). That accusation, along with Hanun’s ill treatment of David’s men, led to war and the deaths of thousands of soldiers. How tragic! King Hanun believed a lie, and his nation and families grieved the deaths of their sons.

Lesson – Don’t believe everything you hear, especially about others. Take time to investigate, and get the truth. Make an effort to know the heart and intent of a man before believing the worst.