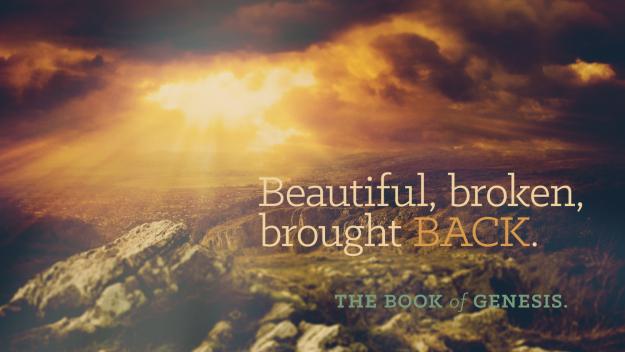 The famine continued in Canaan and Israel (aka Jacob) was forced to permit his sons, including his youngest son Benjamin, to return to Egypt to purchase more grain for their households (43:1-14).

Joseph, his identity still unknown to his brothers, was overjoyed to see his brother Benjamin (43:15-16) and invited his brothers to his home to dine (43:16-34). Ordering the head servant of his house to prepare lunch, he commanded his brothers be his guests (43:16-17).

Fearing the worse, Joseph’s brothers cowered at the thought of entering the home of the second most powerful ruler in Egypt, especially when they remembered the money for their previous purchase of grain had found its way into their sacks (43:18).  Unable to contain their fear, the brothers began confessing to Joseph’s servant their anxieties and were surprised to learn he had placed the money in their bags (43:19-23a).  To their amazement, Simeon who had been left behind in Egypt, was restored to his brothers (43:23b).

Speaking through his interpreter, Joseph greeted his guests and began to question them regarding their father’s welfare (43:26-27).  Fulfilling a vision God gave him in his youth, Joseph’s brothers bowed before him (43:28; 37:9-10).  Joseph, overcome with emotion,  fled to the privacy of his room where he wept for joy (43:30-31).

Continuing to hide his identity, Joseph sat apart from his brothers during the meal (43:32) as a ruler of Egypt was want to do.  Joseph’s brothers were amazed that he seated them according to their birth order and gave Benjamin, the youngest, a portion five times greater than his brothers (43:33-34).

Having enjoyed the company of his brothers, Joseph ordered his steward to make ready their departure; this time, not only hiding their money in the grain sacks, but also his silver cup in Benjamin’s sack (44:1-3).

Sending his brothers away, Joseph soon ordered his servants to pursue, overtake, and accuse them of theft (44:4-12).  When Joseph’s silver cup was found in Benjamin’s sack, the brothers realized the seriousness of the discovery and were overcome with grief (43:13).  Falling on the ground in an act of humiliation, Judah, the fourth son of Jacob, confessed his conviction that the trials that had befallen him and his brothers was a recompense of God’s judgment for their sins (43:14-17).  Pleading for Benjamin to be spared lest his loss be a sorrow unto death for their father (44:18-32),  Judah requested that he, not Benjamin, would become Joseph’s slave (44:33-34). 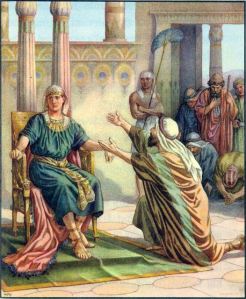 Joseph, unable to conceal his identity any longer, ordered his servants out of his presence and with tears of joy declared, “I am Joseph, whom ye sold into Egypt” (Genesis 45:1-4).

Imagine the flood of emotions that passed over Joseph’s brothers!  Twenty-two years has passed, but the guilt and shame of their sin against their brother had not faded.  Stricken with guilt, fear, and disbelief; they wondered how this ruler of Egypt could be their brother?

Sensing their trepidation, Joseph assured his brothers their sin was sovereignly used by God to “send me before you to preserve life” (45:5-7).  Embracing his brothers with tears of joy, Joseph commanded them to return to Canaan and bring his father and their households to Egypt (45:8-15). When word reached Pharaoh’s palace (45:16), the king affirmed Joseph’s desire for his father and family to join him in Egypt (45:16-18).

Imagine old Israel’s (aka, Jacob’s) thoughts at the sight of a caravan coming out of Egypt.  Ponder the emotions that welled up in the patriarch when he was told, “Joseph is alive and rules second only to Pharaoh in Egypt!” (45:19-28)

Joseph’s life took a path he had not chosen; however, his faithfulness and faith in the LORD has carried him from the humiliation of a household slave and prisoner to the pinnacle of power and earthly success.  The LORD was with Joseph…and he is with you, if your walk is faith-based and Christ-centered.

The four chapters assigned as today’s Bible reading (Genesis 24-27) are full of historic implications and spiritual applications.  In fact, it is impossible to present a brief devotional that covers the scope of these passages of Scripture.  Allow me to suggest title themes to summarize the content of the chapters as you read them.

My theme for Genesis 24 is “Here Comes the Bride”.    Following the death of his beloved Sarah (23:1-2), we find Abraham burdened that Isaac, his son and heir of God’s covenant promises, would have a fitting wife.  Fearing Isaac might be tempted to take a wife of the heathen tribes that dwelled in Canaan, Abraham determined to send his “eldest servant” (24:2-4) to his kindred residing in “Ur of the Chaldees” (11:27-31).  Reflecting the faith of his master, Abraham’s servant prayed for the LORD to make His will clear in choosing the young woman who would become Isaac’s wife (24:12-14).  God heard and answered the servant’s prayer even as he was praying (24:15-26).  In a prayer of praise that is a model to all who call upon and desire the will of God, the servant prayed, “I being in the way, the LORD led me to the house of my master’s brethren” (24:27).

My title theme for Genesis 25 is “Fighting Brothers”, a story of two brothers, Esau, the father of the Edomites and Jacob, the heir of God’s covenant promises and father of the Twelve Tribes of Israel.  Rebekah, Isaac’s wife, conceived twins and the movements of the infants in her womb were extremely aggressive (25:22).

The LORD revealed the sons in her womb would become fathers of two nations (25:23) and, contrary to their birth order, the eldest son would “serve the younger” (25:23).  No doubt Rebekah shared the LORD’s unusual revelation with her husband Isaac; however, his love for his eldest son (25:27-28) motivated him to later attempt to oppose the LORD’s will and give Esau the inheritance as his firstborn son (Genesis 27).

“Dig Another Well” is my theme title for Genesis 26.  Isaac, the inheritor of God’s covenant promises and the possessions and riches of his father Abraham, is so blessed by the LORD that we read, “the Philistines envied him” (26:14).  Moved by envy, the Philistines began to stop up the wells that Abraham had digged in his days for his flocks and herds and “filled them with earth” (26:14-15).

My theme title for Genesis 27 is, “Esau the Carnal and Jacob the Conniver”.

Before I close today’s devotional commentary, I invite you to consider Genesis 26 and a spiritual truth some might need to hear.

Many years ago, a dear evangelist friend named Reuben Ewert preached a memorable sermon from Genesis 26 titled, “Dig Another Well”.  Bro. Reuben illustrated how Isaac’s response to the Philistines filling his father’s wells with earth was a worthy model for us all to follow when conflicts arise.  Because fresh water wells were invaluable in a land known for its deserts, one can imagine the hardships and personal offence Isaac might have felt as the wells dug by his father were destroyed.

How did Isaac respond?  Did he become embittered?  Did he plot a way and path of revenge?   No, rather than revenge, he kept digging wells.

Genesis 26:18a – “And Isaac digged again the wells of water, which they had digged in the days of Abraham his father…”

Genesis 26:22 – And he removed from thence, and digged another well…”

Not only did Isaac dig wells, he also “builded an altar there, and called upon the name of the LORD” (26:25).

Some reading this devotion are slaves to a bitter spirit and may long for revenge.  You might be the victim of slights and mistreatment; however, your failure to address your offenses biblically has allowed a bitter, unforgiving spirit to rule your thoughts and emotions affecting your relationship with the LORD, your family and friends.

I invite you to follow Isaac’s example, set aside bitterness and move on with your life; in other words, “dig another well”.